Wanted by police for trespassing 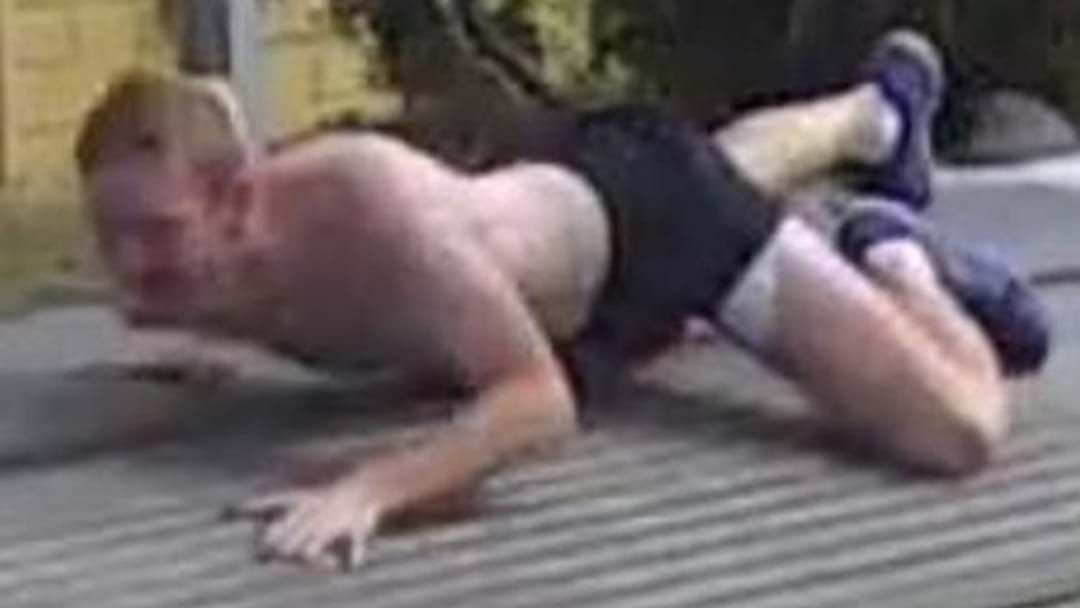 Do you know this guy? Well, police want to speak with him.

Images captured on CCTV cameras have been released in the hope of locating Perth's now notorious train jumper.

The man was filmed jumping from a moving train off the Fremantle Rail Bridge on Saturday, in an incident which has labelled him the tag of "bloody idiot" from the premier.

The incident has since spread via social media after it was filmed on Saturday morning.

Police say the man was seen walking along Stirling Highway at around 10.20 that morning, before loitering in the North Fremantle train station car park.

They allege he then jumped over a fence, crossed the tracks and climbed on top of a train.

He's describe as light skinned, of a medium build and 25-35 years old with ginger hair.

He was shirtless at the time, wearing dark coloured shorts and sneakers.