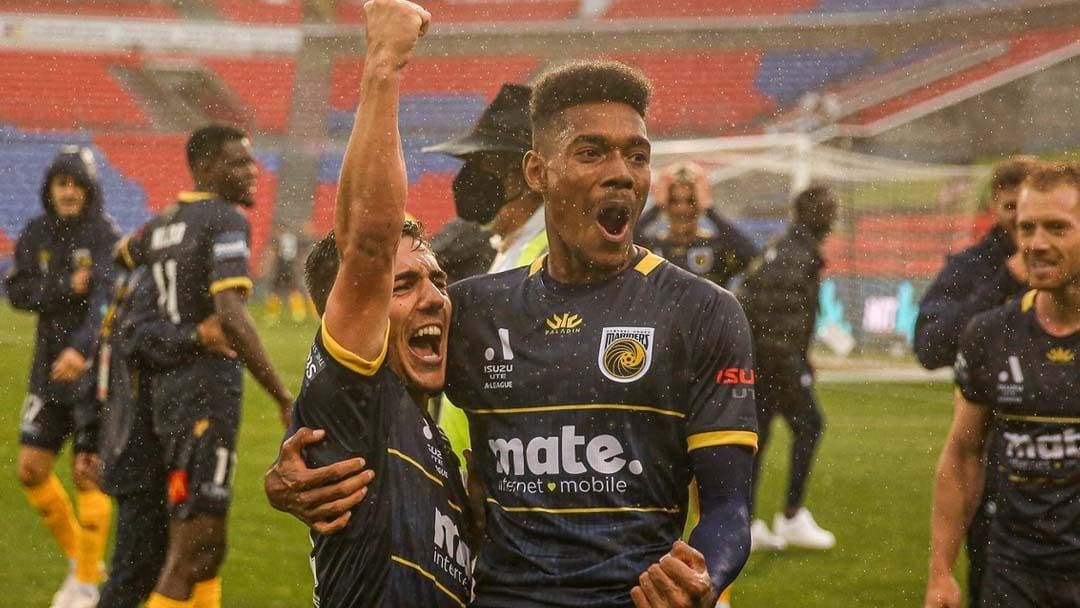 A Belter Of A Night At Central Coast Stadium

Central Coast Mariners Josh Nisbet, Dan Hall, and Max Ballard joined Paddy & Rob Palmer on Triple M off the back of the thumping Sydney FC. The boys touch on the busy schedule, with a tough game ahead against the Wanderers. Rob almost had a conniption when the boys revealed they’ll be training on Christmas Day, and we put some odd questions to them.

Find out which Mariners player they wouldn’t want to spend 4 weeks on a deserted island with? Which Mariner would they ask to help change a tire? And Which Mariner should wear more deodorant…