"Happy to make everyone laugh!" 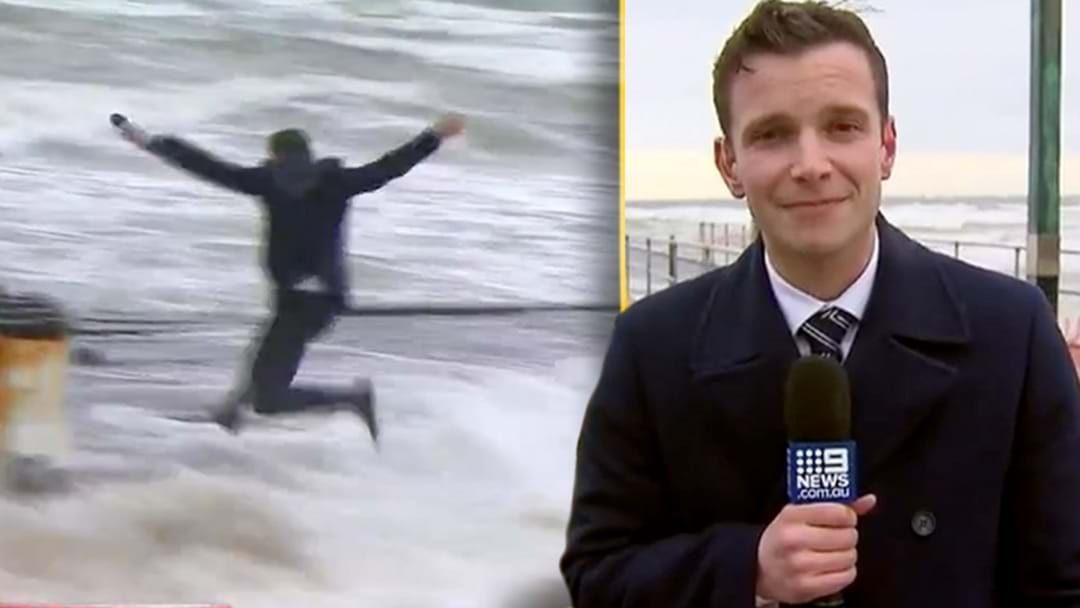 Melbourne's been ravaged by wild weather to the point where viral vision has emerged of Frankston Pier completely snapping off and washing ashore.

One of those viral videos was of Channel 9's Mark Santomartino, reporting from the scene.

It wasn't his report that got a lot of attention - it was what else he did.

Vision emerged of him trying to jump on the pier from the beach and completely stacking it, slipping as he landed and falling over.

He joined Kennedy Molloy and - while earning a Clown of the Week - and told the guys what he was thinking and all the feedback he's copped from his mates and his fiancé.

"I hope I'm not only remembered for this!" he laughed.

MARK SANTOMARTINO EXPLAINS WHY HE JUMPED ON FRANKSTON PIER: