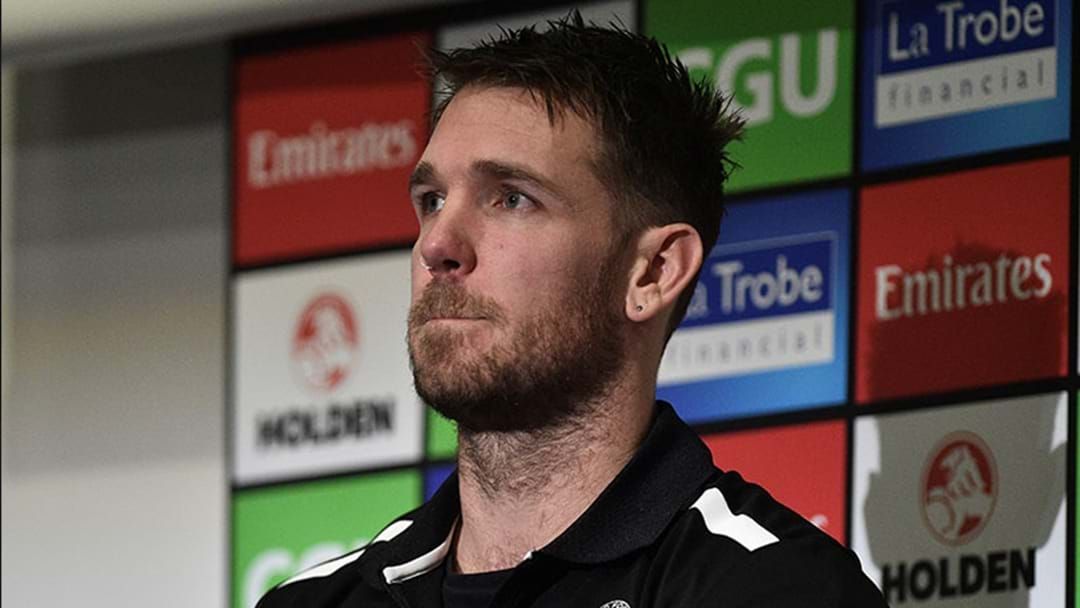 A woman accused of sharing an explicit video of Collingwood footballer Dane Swan has had her charges dropped.

Adelaide woman Georgia May Gibson, 21, appeared in Melbourne Magistrates Court on Thursday accused of sharing a video of the footballer.

Ms Gibson smiled when a prosecutor announced all charges would be withdrawn. She was charged last year with filming an intimate video of Swan in 2017 and intentionally sharing the footage with another person.