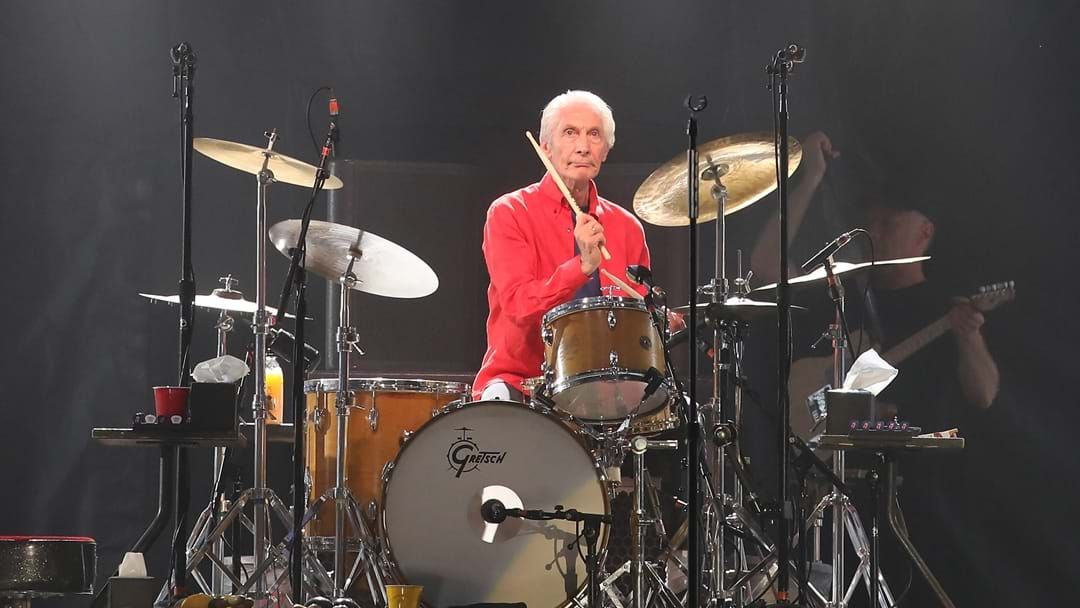 Sad news for the music world with the announcement Rolling Stones drummers Charlie Watts, has passed away age 80.

The news was announced by the Rolling Stones in an official statement saying: "It is with immense sadness that we announce the death of our beloved Charlie Watts. He passed away peacefully in a London hospital earlier today surrounded by his family." It then went on to say "Charlie was a cherished husband, father and grandfather and also as a member of The Rolling Stones one of the greatest drummers of hid generation."
Read the full statement here

Charlie Watts, joined the Rolling Stones in 1963 and was a much loved member of the band since. His unique jazz influence, swinging style and friendly smile made him one of the most influential drummers in music history.

Hear our tribute to Charlie:

Music historian Tim Webster announced the news live on Triple M's The Night Shift who paid tribute Watts, describing him as "one of the greatest drummers in rock and roll history".
Listen to the full tribute here:

Our thoughts are with Charlie Watts family, friends, fan and band mates at this time.