Esperance NewsChat to an ACTUAL ASTRONAUT! Celebrating the 40th Anniversary of Skylab

Chat to an ACTUAL ASTRONAUT! Celebrating the 40th Anniversary of Skylab 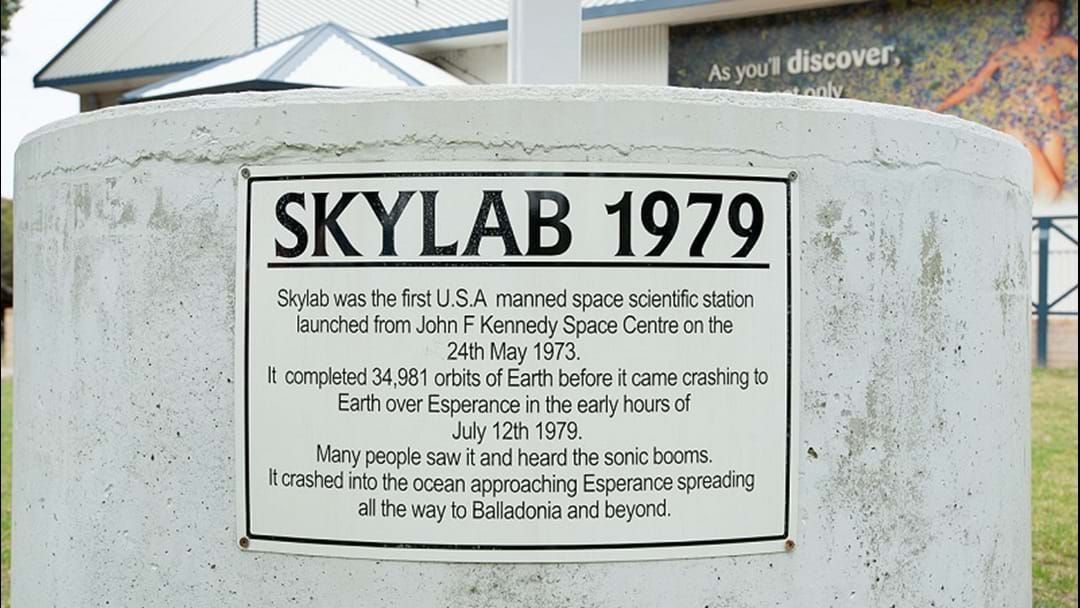 The Esperance Museum wants to give one lucky, budding rocketeer the opportunity of a life time to participate in an interview with a REAL astronaut who has flown into SPACE!

The comp that finishes Tuesday next week is to commemorate the 40th anniversary of Skylab falling from space towards the earth before scattering around the Esperance region. The story of Skylab is a remarkable one, it was the very first American space station and was idly orbiting the Earth until it re-entered the atmosphere and came falling towards the land and sea below, scattering its debris right around the Recherche Archipelago and Esperance.

All this took part on July 12th in 1979 and was reported on around the world, putting Esperance well and truly on the map.

After the incident the Shier of Esperance issued NASA a $400 littering fine, obviously in good humour, which the huge American space entity did pay… 24 years later in 2003. The interest attached to the fine was not included, but many members of Esperance thinks it should have been!

The Esperance Museum’s Skylab 40th Anniversary Committee are keen to celebrate this momentous feat by throwing a competition for someone who wants to be introduced to an actual astronaut. All you have to do to enter is answer this simple question… what would you ask an Astronaut?

Unique and interesting answers will have a better chance of winning with the competition ending at 5pm on Tuesday 11 July 2019. Jump on to the Museum’s website and complete the online entry form if you’d like to participate in this possible once in a lifetime opportunity! All ages are encouraged to apply.