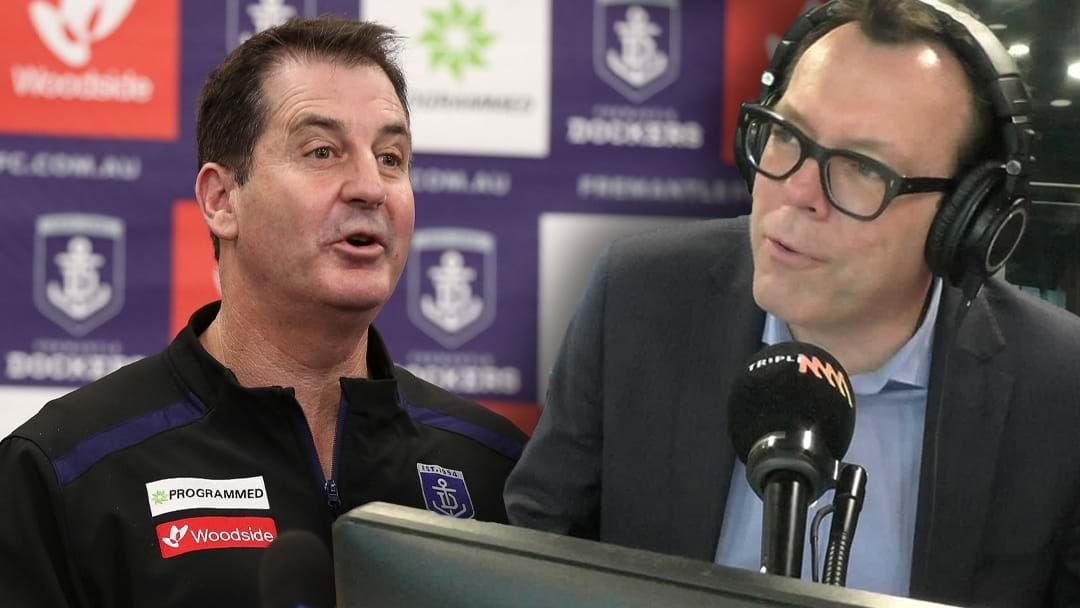 On the Friday Huddle, Chief called in from his other duties to remind the boys of Damo's correct reporting on Ross Lyon and Carlton.

Dunstall demanded the Friday team apologise to Damo, after he said Ross Lyon will not be coaching Carlton prior to it being confirmed this week.

Damo explained he got it wrong on last week's show - but it turns out he was on the money all along.

"I was brought up to appreciate TEAMWORK!" Chief began.

"What I heard last week was nothing short of disgraceful! I'm talking about hanging a teammate out to dry!"

"I want to hear unreserved apologies from each and every one of you!" Chief demanded.

After Chief jumped to Damo's defence, the boys doubled down with Browny even saying "he got it wrong twice".

"You throw as many bullets out as you can and one has landed on this occasion." said Browny.