Chris Lynn Admits He's Been "Crying Out" For A Refurbished Gabba 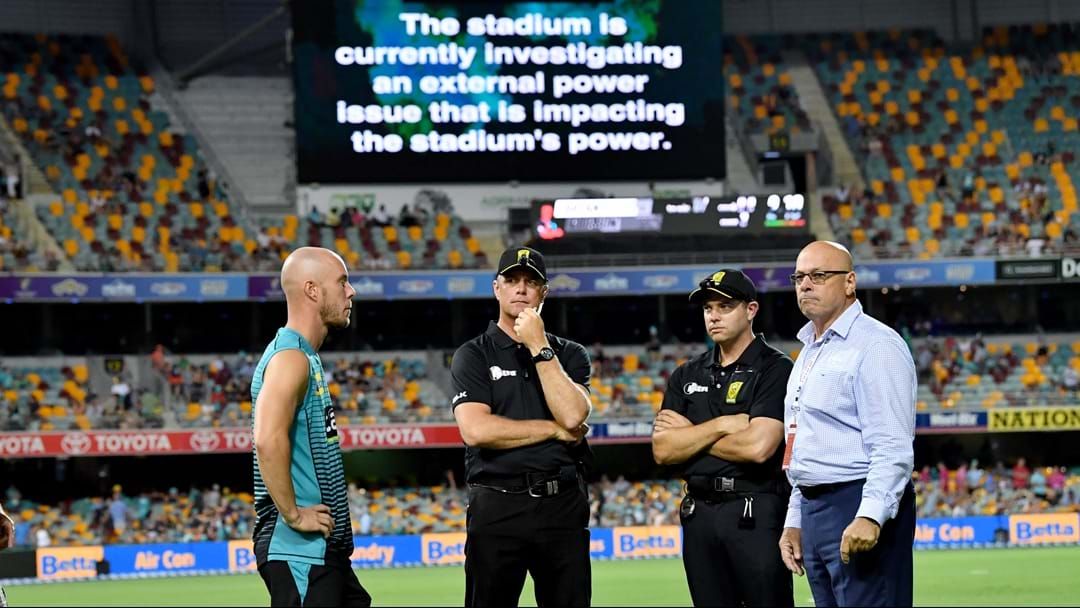 Chris Lynn has apologised to Brisbane Heat and Sydney Thunder fans on Triple M Brisbane this morning after last night’s BBL clash at the Gabba was sensationally abandoned after one of the Stanley Street End light towers lost power.

The field was obscured by darkness after the end of the third over after major blackouts hit East Brisbane. After conferral with the umpires the match was declared abandoned with not enough overs having been bowled to constitute a match.

And now Lynn has admitted to The Big Breakfast that he hopes the incident will go someway to helping his "crying out" for a refurbished Gabba.

“As soon as we shook hands, about six or seven minutes later, the lights came back on” Lynn told Marto, Robin and Nick Cody.

Sydney Thunder had offered to exclusively bowl their spinners as a compromise, an offer that was rejected by Lynn.

The timing was convenient for the Heat who were precariously placed at 2/10 after losing Brandon McCullum (0) and Lynn (4) in quick succession, while the Thunder had posted an imposing total of 4/186 off the back of a maiden BBL century from Shane Watson (100).

The Gabba is due to host the First Domain Test against Sri Lanka, a day/night fixture, starting Thursday 25th January.

Hear Lynn's full chat with The Big Breakfast below: