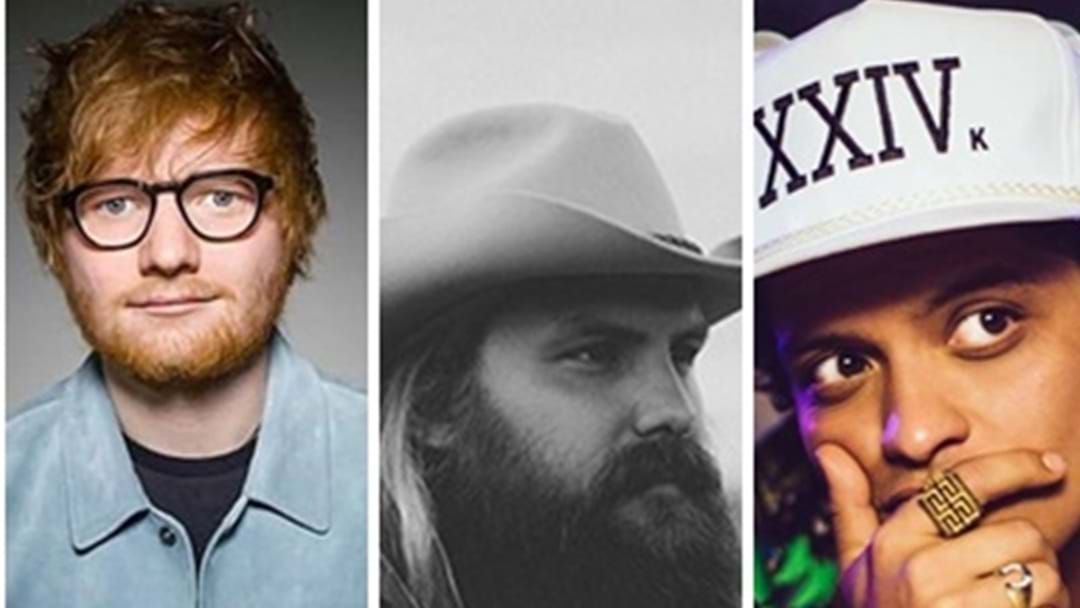 Chris Stapleton is making his mark on yet another pop collaboration after recently teaming up with P!NK on her latest album 2B Human.

This time Chris is joining forces with Ed Sheeran on his upcoming studio album No. 6 Collaborations Project, but what's better than two great artists pooling their talent together, well that would be three, right. This collaboration sees Bruno Mars adding his funk to the mix on a track called “Blow."

In a second Instagram post, Sheeran explains the process behind the project, writing, "Before I was signed in 2011, I made an EP called No.5 Collaborations Project. Since then, I’ve always wanted to do another, so I started No.6 on my laptop when I was on tour last year. I’m a huge fan of all the artists I’ve collaborated with and it’s been a lot of fun to make.”

Ed Sheeran's No. 6 Collaborations Project is set for release on July 12. It's currently available for pre-order.

Listen to "Blow" below.