The Citizen of the Year Awards 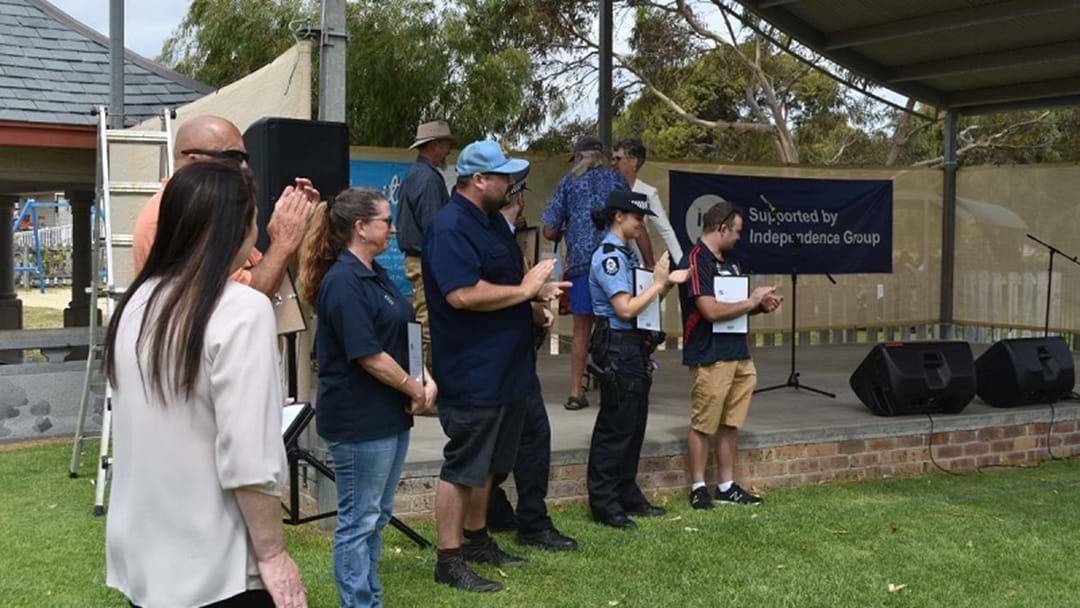 Australia Day was a particularly special day for a group of Esperance residents, from our younger generation to our senor citizens, who were recognised for their outstanding contribution to the town. Awards were given for work done in a variety of fields, from firefighting to music to the Flying Doctor Service.

The Citizen of the Year Award was presented to Esperance Volunteer Resource Centre manager Erica Austen, who has had distinct involvement with the Esperance Netball Association including the Newtown committee and the Goldfields Regional committee. She is also an active member of the Gibson Fire Brigade.

Other nominees were: Michele Stokes, Rick Capelli, Michael Harding, Grantly Creasey, Emily Woodland, Paul Moore, Roger Robertson, Timothy Laycock and Kyron Smithson. They were nominated for a range of activities and should be complimented for their commitment.

The Senior Citizen of the Year Award went to Helen Scott for her long term involvement with the Esperance Royal Flying Doctor Service Auxiliary including a stint as president.

Rory Close won the Young Community Citizen of the Year, for his contribution to the Esperance Volunteer Fire and Rescue service, which he joined in 2013.

Robin Scott was also received the Order of Australia in the General Division for more than 50 years of service to the Coomalbidgup community and Bush Fire Brigade.

Shire President Victoria Brown commended all the winners and nominees.

"What amazing people we have living in our community!"