Climate Activists Arrested For Jumping Aboard A Coal Train

Third incident in the last month 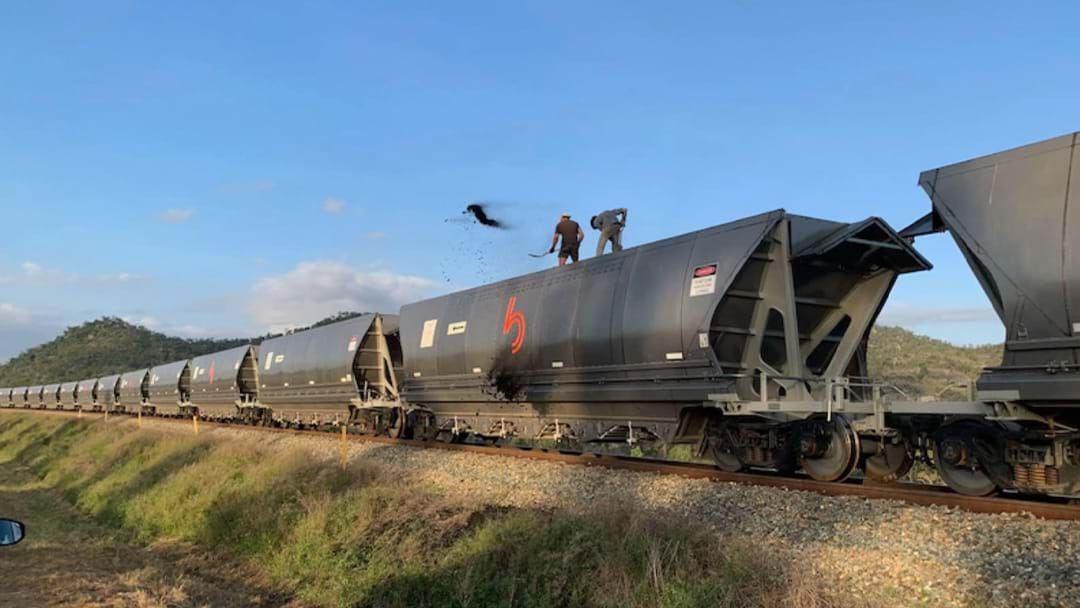 Police have arrested two climate activists who targeted a train carrying coal from the Carmichael Mine.

A third person was charged, after they allegedly locked themselves onto a moving train near Collinsville.

The two others climbed atop the wagons and shoveled coal off the train.

Police have charged the activists with trespassing, marking the third incident where an Adani coal train has been overhauled.

Bravus Mining & Resources has called for tougher penalties for those undergoing the dangerous act.

"Instances like this are exactly why we are calling for tougher penalties for these illegal activities," the company said in a statement online.

"If someone walked into any other business and started throwing their produce out the window, it simply would not be tolerated."

"We've got a handful of repeat and deliberate offenders taking the law into their own hands and engaging in illegal activities, having impact on many operations," Mr Dow said.

"[They] are putting themselves – and our they're also putting our workforce – in harm's way, and the police officers that have to respond to this."