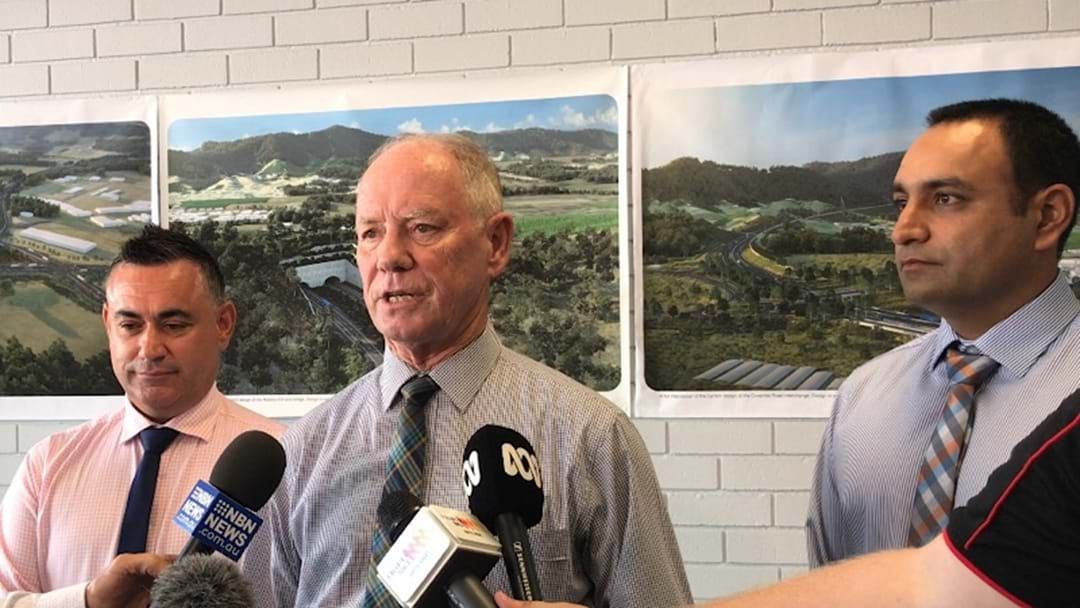 The NSW Government has announced a new Committee will progress the Coffs Harbour bypass, which will feature tunnels and other significant design improvements in response to community feedback.

Triple M have been told the improvements include the lowering of the road gradient, a significant reduction in the height of the viaduct adjacent to Mackays Road, low noise pavement along the entire length of the bypass, and vegetated earthen mounds for noise reduction and visual impacts.

Deputy Premier John Barilaro told Triple M that while the bypass is desperately needed for local residents and travellers alike, it’s important to have the community represented along the way.

“It’s vital we have community representation at every step of the way through this process which is why we are announcing today a Coffs Harbour Bypass Community Consultative Committee featuring an independent chairperson, Kathy Jones, to drive engagement.”

Minister for Roads, Maritime and Freight Melinda Pavey thanked the community for their feedback so far including noise impacts, heavy vehicles using the current Pacific Highway, designs of tunnels on the bypass, and location and design of the bypass itself.

“We need to get the best result for the community, which is why the Consultative Committee will now recruit local community members to drive community engagement so we can get solutions like low noise pavement and vegetated noise mounds or barriers to reduce noise and visual impacts”.

According to Coffs Harbour MP Andrew Fraser, recent consultation generated more than 700 pieces of correspondence and comments on the interactive map.

“The NSW Nationals and Liberals Government is serious about delivering this bypass and we will put in our fair share of funding and hard work to get the solution right,” Mr Fraser said.

Nationals candidate for Coffs Harbour Gurmesh Singh is also delighted with the response from the NSW Government and the RMS, telling Triple M, “Tunnel lengths will be suitable for all vehicles and now we will have a locally represented Committee to deliver this fantastic project to the community”.

Details on joining the Committee and membership criteria will be available on the RMS website on Monday 21 January.

Construction of the bypass is set to start in 2020.