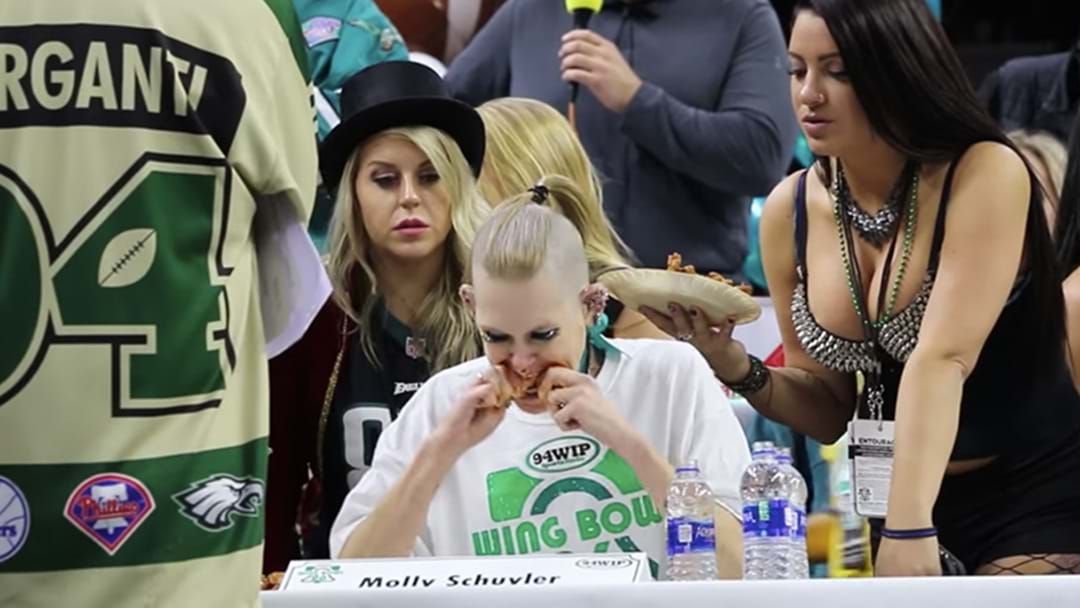 39-year-old Molly Schuyler may only weigh 57kgs but she has a huge appetite.

The competitive eater, recently broke the record for the most amount of wings consumed in 30 minutes.

Just to put that into perspective, second-place managed to eat 396 wings, leaving Schuyler 105 in front of her nearest competitor, although with numbers like that it wasn't really much of a competition at all.

Check out the highlights below: