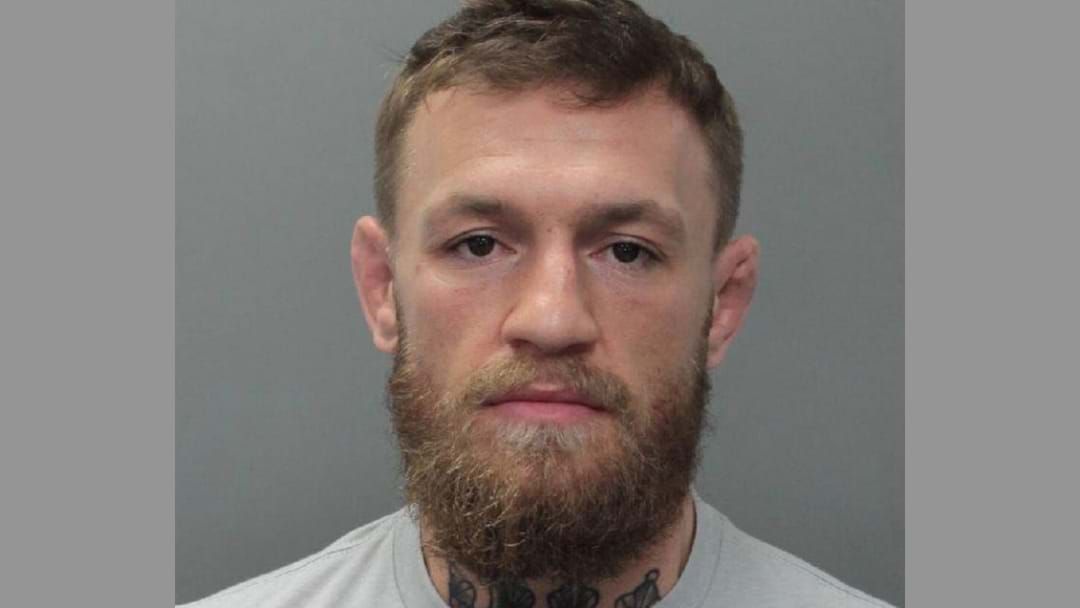 Conor McGregor has been arrested in Miami, with reports that he allegedly smashed a fan's phone.

McGregor's mugshot is currently doing the rounds on social media, with the Miami Herald reporting that he has been charged with strong-armed robbery and criminal mischief.

The arrest report says that McGregor and the dan were outside the Fontainebleau Miami Beach hotel at 5am when the fan tried to take a photo.

McGregor is understood to have "slapped" the phone, believed to be valued at $1,000, out of the fan's hand, and then picked it up and walked away with it.

"[Conor McGregor] was involved in a minor altercation involving a cell phone that resulted in a call to law enforcement," his lawyer said in a statement.

"Mr. McGregor appreciates the response of law enforcement and pledges his full cooperation."

To catch up on all the latest news, make sure you download the Triple M app on iTunes or Google Play!