Check out this epic news footage! 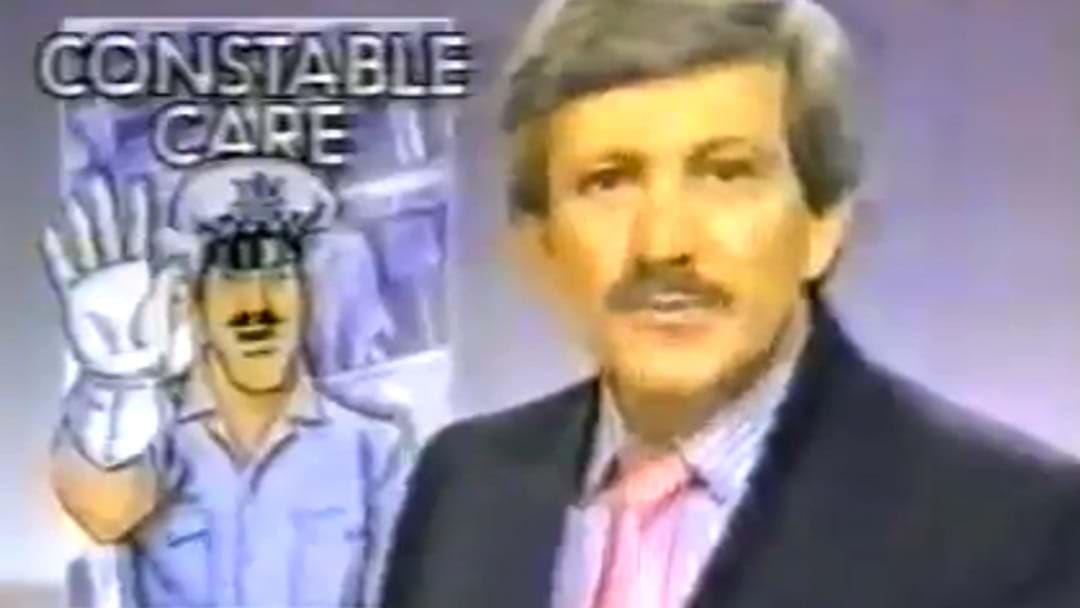 Well, now we feel old... today marks 30 years since the legend that is Constable Care made his debut here in WA.

Way back in 1989, the Berlin Wall came down, Bob Hawke was Prime Minister and WA’s Formula 1 ace Daniel Ricciardo was born. It was also the year Constable Care came to WA with the aim of improving child safety.

Created as a superhero character that children could look up to, Constable Care began in NSW in 1986 and was brought to Western Australia three years later by Sergeant Ross Pengilly.

Originally the program ran as a safety colouring competition in primary schools. Bike safety and stranger danger were the initial focus, however the emphasis soon moved to overall safety including protective behaviours and road safety. The much-loved puppet shows were introduced at the Royal Show and later shopping centres and schools and were an instant hit.

But let's go back to 1989 for a minute. Check out the 4 news reports from the 4 TV news shows on the big announcement.

But back to the present day...

“A lot has changed in thirty years and Constable Care programs have evolved to remain engaging and relevant in today’s often-complicated world,” said Mr Gribble.

“Along with road and transport safety, we now focus on topics such as internet safety, respectful relationships and cultural understanding and acceptance in primary schools, while high school programs cover safety and issues relevant to today’s teenagers such as cyber safety, bullying, substance abuse, relationship violence and mental health.”

Other recent additions to the Constable Care Child Safety Foundation programs include:

Constable Care has provided more than 1500 comfort packs to children in crisis. Each year the Foundation welcomes more than 10,000 children to the Safety School to practice road and transport safety skills, provides Lost Child services at more than 60 community events and helps up to 6000 teenagers develop help-seeking strategies for youth social issues.

For what very little it's worth, happy 30th birthday Constable Care! Here's to the next 30 years!