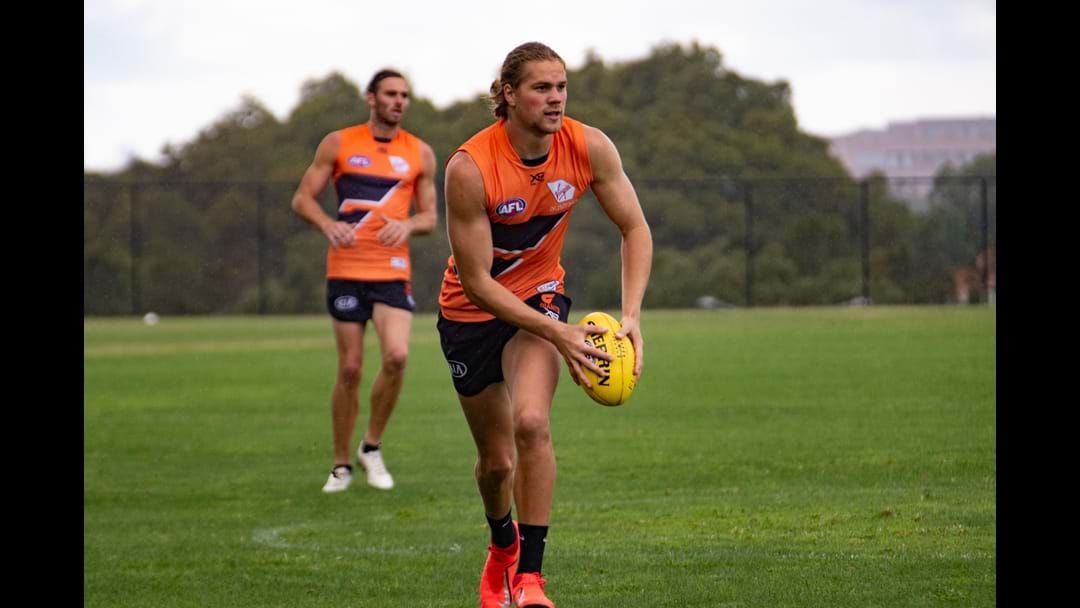 The GWS Giants have secured the services of Harry Himmelberg until the end of 2023.

List Manager Jason McCartney says Harry's an outstanding young player, and has quickly established himself as a popular and important member of their playing group.

Originally drafted at pick 16 as a forward, Himmelberg showed his flexibility to play at either end of the ground over his first two seasons, before a breakout 2017 finals series, where he kicked a career-high four goals in the Preliminary Final.

Himmelberg says he was really keen to sign a long-term deal to stay, and is excited about what the group can achieve together over the coming years.

GWS take on the Tigers this weekend at Giants stadium