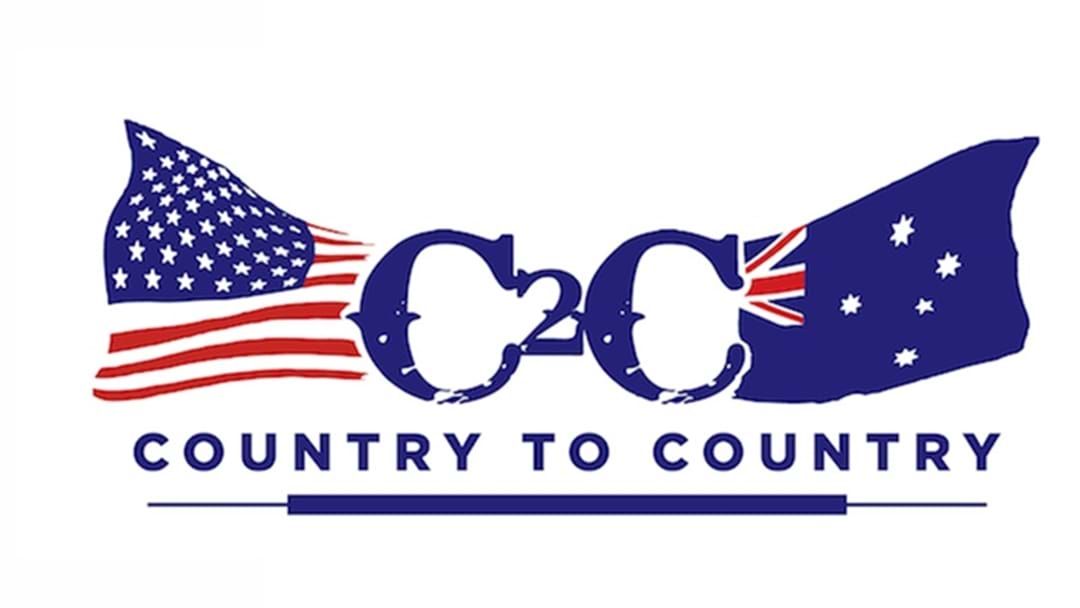 Probably the best news we will hear all week - C2C Country Music Festival is making its way Down Under and we can't contain our excitement!

After entertaining country music fans across the United Kingdom and Europe since 2013, TEG Live and AEG Presents are proud to present the inaugural Country to Country (C2C) Australia at Sydney Qudos Bank Arena on Saturday 28 September 2019 and Brisbane Entertainment Centre on Sunday 29 September 2019, headlined by superstar Tim McGraw.

Also appearing at the very first C2C Australia will be the hugely popular Kelsea Ballerini, along with Midland, and many more international and local artists to be announced.

Presale tickets will be available via Telstra Thanks® from 10am (local), Wednesday 14 November and the general public on sale commences from 12 noon (local), Friday 16 November through Ticketek.

C2C Australia will be 10 hours of country music, spanning multiple stages including the Main Stage, the C2C Spotlight Stage and the Town Square, and showcasing the best in country music as well as emerging talent from the United States and Australia.  The festival will also feature an array of attractions and great food options for passionate country music fans.

C2C made its debut at the O2 Arena in London in 2013 and has now become an annual staple on the UK festival calendar with tens of thousands of fans attending each year to enjoy some of the very best of country music.  In 2015, C2C went into mainland Europe for the first time with shows in Sweden and Norway.  In 2019, C2C will debut in both the Netherlands and Germany, and now this annual country music festival is coming to Australia for the very first time in September 2019.