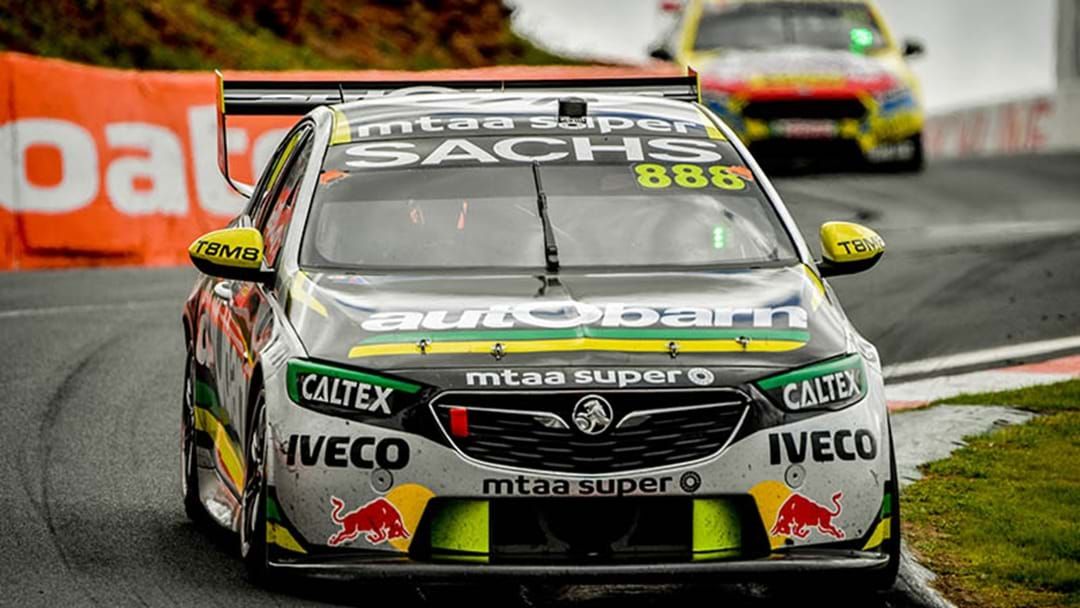 In his retirement year, Craig Lowndes has gone out a champion at Bathurst winning the 2018 edition alongside teammate Steven Richards.

Lowndes, who started ninth on the gird, closed in on race leader Dave Reynolds with around 30 laps to go but almost wiped himself out of the race.

The now seven-time Bathurst champion, went at it a little too hard at Forrest’s Elbow, hitting with the wall and almost lost it completely.

However, the 44-year-old regathered to take the lead from Reynolds and win the race by nearly 8-seconds.

"It means a lot, almost like ’06 back again," Lowndes said following the race.

"We’ve had troubles all week, all series and to put it all together it’s a credit to my team."

It was heartbreak from Reynolds, who was leading the race from the start but succumbed to a leg cramp.