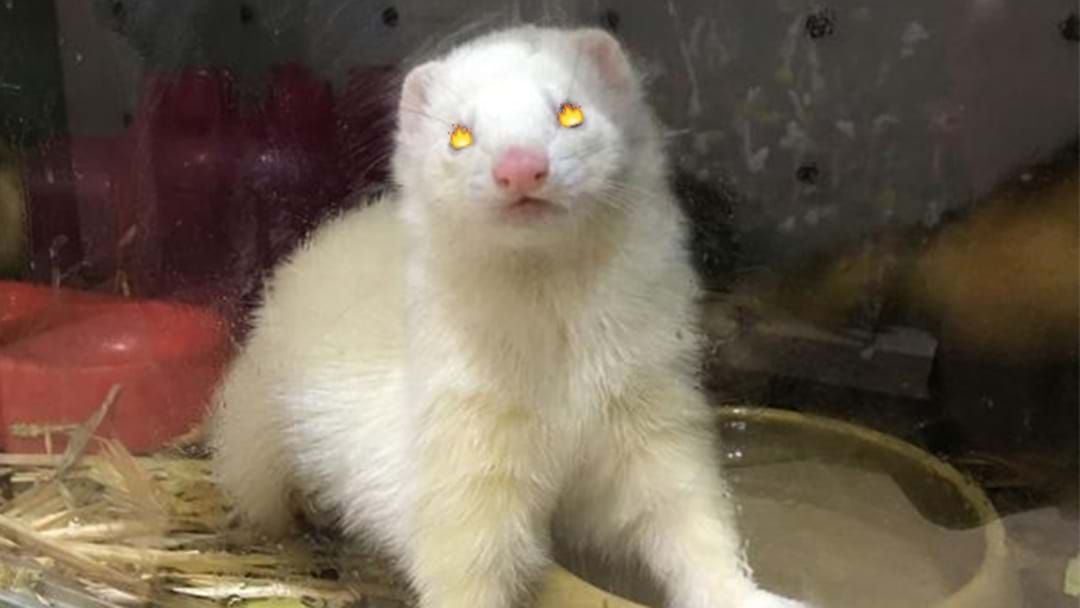 A New South Wales woman has awoken to a crazed ferret attacking her face.

The Baulkham Hills woman, in Sydney's northwest, told local newspaper Hills Shire Times, that she was jolted awake by a searing pain and something latching onto her cheek.

“The second it bit my face I woke up and grabbed onto it,” the woman said.

“It didn’t get to bite me too hard, because I grabbed its jaw pretty quickly.”

The woman yelled out to her husband for help, thinking that it was their pet dog attacking her.

“I realised my little white dog was sleeping on the end of the bed the whole time the incident was taking place, he didn’t wake up at all,” she said.

"My husband ran into the room and tried to free it from my face, but I could feel the teeth digging into my cheek.

“Once he got it off my face, we realised it was a pure white ferret.”

They opened the bedroom window and threw the frantic ferret outside into their backyard, but the ordeal wasn't over there, with the ferret returning for more via the couples doggie door.

“We chased it out again and it went into a neighbour’s backyard,” she said.

“It wasn't spooked by us, it came back for more.”

The woman managed to escape the attack with a swollen jaw and slightly ripped cheek.

The neighbourhood is reportedly on high alert following the attack, with several sightings of the demonic ferret in backyards throughout local community.