"CAN YOU BELIEVE IT!" 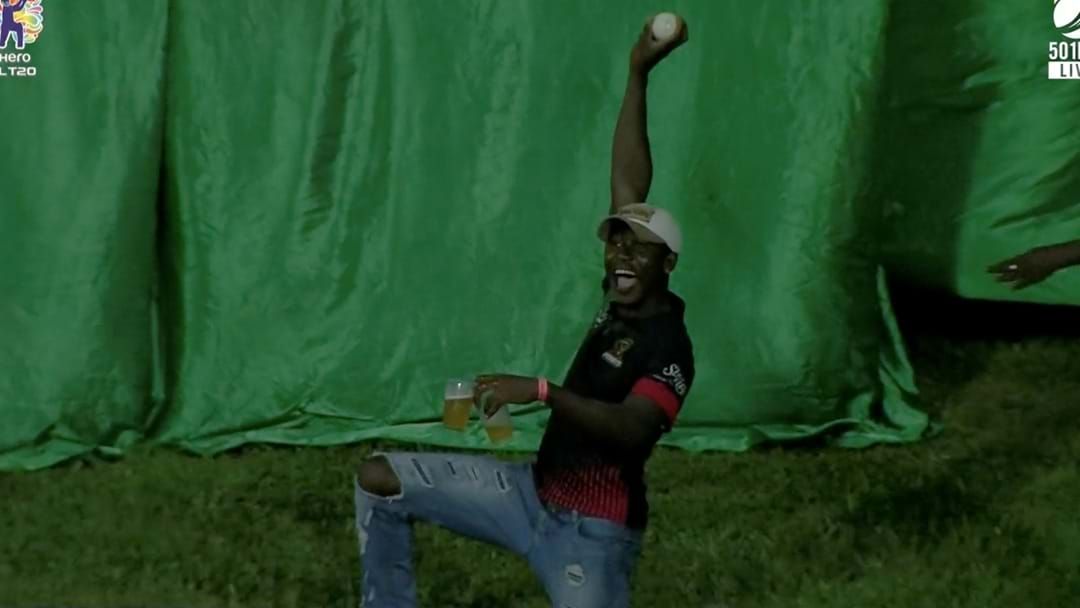 One of the very best catches of all time.

One Caribbean cricket fan has made waves after plucking one of the best crowd catches you'll ever see.

It's not only the fact he plucked a really high six from Fabian Allen one-handed - it's the fact he swallowed it with not one but *two* cups of beer in the other hand.

Without spilling a drop...that is, until the girl celebrating with him dragged him to ground and spilled the drinks away.