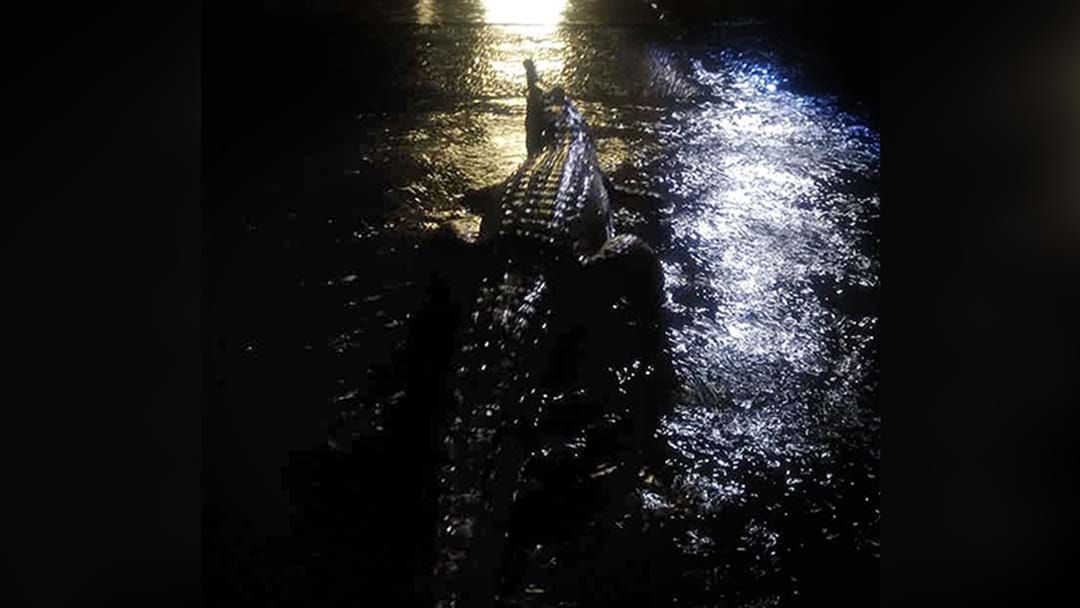 Crocodiles have been spotted in residential streets as hundreds of residents in flood-hit Townsville are waiting for help as unprecedented floods swamp the city.

Emergency crews have been stretched to the limit in flood-hit Townsville, with hundreds of people still waiting for help and evacuation centres filling up fast.

Unprecedented water releases from the city's swollen dam have sent torrents of water down the Ross River and into the city, swamping roads, yards and homes.

Crocodiles have been spotted in suburban streets, and the water is teeming with snakes.

It's unclear how many more homes may have been inundated. On Sunday the figure was between 400 and 500.

But that was before dam releases doubled to their maximum level in anticipation of more rain, sending almost 2000 cubic metres of water per second charging out of the Ross River Dam.

With days of more rain ahead, the crisis is far from over and the premier says forecasters are closely watching the monsoon trough amid fears it could form into a cyclone if it moves off the coast.

"This system, if it moves out to the sea, it could develop into a cyclone," she told Seven Network on Monday.

"These are early days and we won't know for certain until the next few days."

Queensland Fire and Rescue Services received 850 calls for flood assistance in the past 24 hours, most in Townsville.

The premier said about 200 callers were still waiting for help on Monday morning.

About 1000 people have headed to evacuation centres, with one of five centres now full. The council will decide on Monday if more centres need to be opened.

Schools in Townsville remained closed on Monday along with the city's airport.

The monsoon trough that's been dumping flooding rain on north Queensland's east coast, and drought-hit parts of western Queensland, will drive the state's emergency for days to come.

Intense rain with significant flash flooding is expected between Ingham and Bowen, and possibly as far south as Mackay, extending inland to Mt Isa near the Northern Territory border.