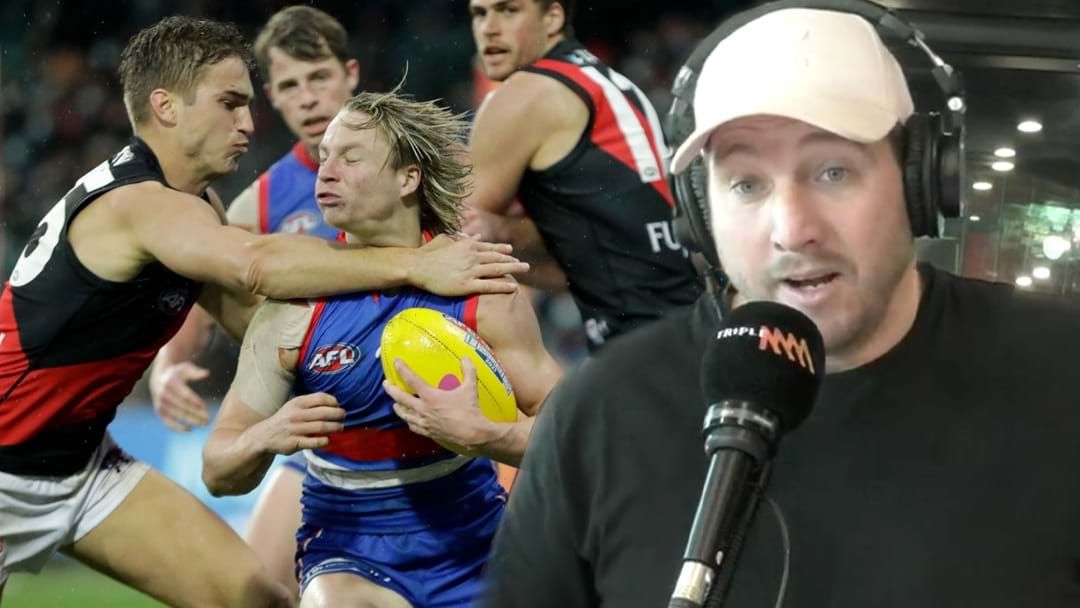 Daisy Thomas has defended Bulldogs forward Cody Weightman as his 'Hero of the Week' on the Midweek Rub.

"He was unbelievable and instrumental in that win for the Dogs." Thomas said.

Weightman copped a bunch of social media comments post-game, which Daisy believes to be uncalled for - praising his style of play.

"I don't know if the trolls realise this, but he doesn't award himself the free kicks."

Daisy firmly addressed the hatred on social media, saying there's no place for such abusive comments.

Damo & Joey then suggested Daisy "sees a bit of himself" in Weightman!

"Blonde hair, loves the big stage, loves kicking goals and taking hangers, rockstar. It did sound like he was referring to someone from the past." Joey said.