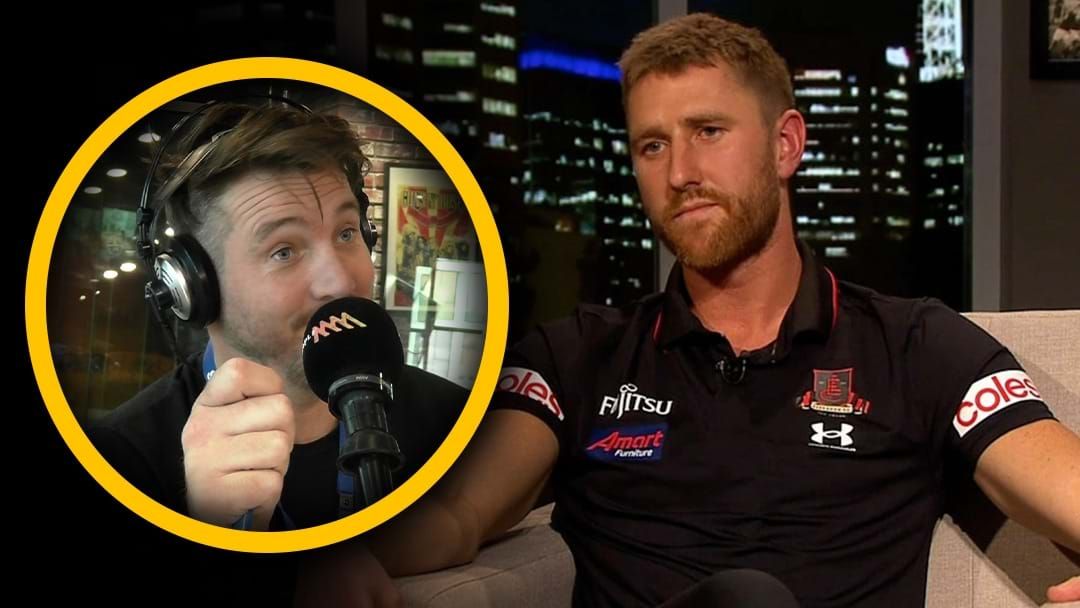 Daisy Thomas has praised Essendon captain Dyson Heppell for his appearance on Fox Footy’s On The Couch on Monday night.

"Whatever you think about how the football club’s going, it takes a big set of knackers to front up," Daisy said on the Midweek Rub.

"You could have easily gone 'ah nah, not this week', y’know [after] what’s happened, send the coach in.

"As the captain, he rolled in, took responsibility, backed himself and his players to work their way out of it, didn’t shirk the issue."

Joey, Duck, Daisy and Damo discussed all the big issues in the footy world on the Midweek Rub, including James Hird’s return to the assistant coaching ranks, whether we should be concerned for Patrick Dangerfield, who each of their favourite Indigenous players are and more.