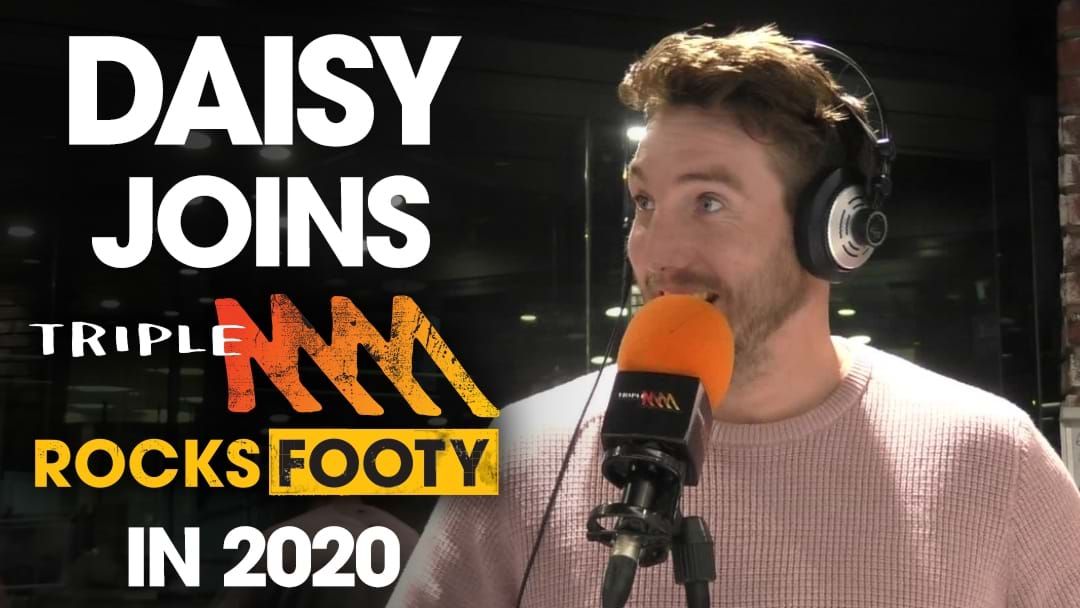 Ex-Collingwood and Carlton player Dale “Daisy” Thomas has officially joined Triple M Footy for the 2020 season, and spoke about the decision on the Hot Breakfast this morning.

Daisy — who just came runner up on Network Ten’s I’m A Celebrity, Get Me Out Of Here — will bring his unique style of humour and flair to the broadcast as well as a contemporary analysis of the game having retired at the end of 2019.

Daisy initially wanted to keep playing, but found retirement suited him and is excited to join the best commentary team in the business.

On joining Triple M Footy, Dale said: “I’ve grown up listening Triple M, so to have this opportunity to join the team has me pumped!”

Triple M’s Head of Sport, Ewan Giles, said: “Daisy has been a friend of Triple M Footy for a long time, so it was an easy decision to get him onboard for 2020. If he can survive in the jungle then the commentary box should be a walk in the park!”

Tune in from around the country via the Triple M Footy app or online at www.triplem.com.au.