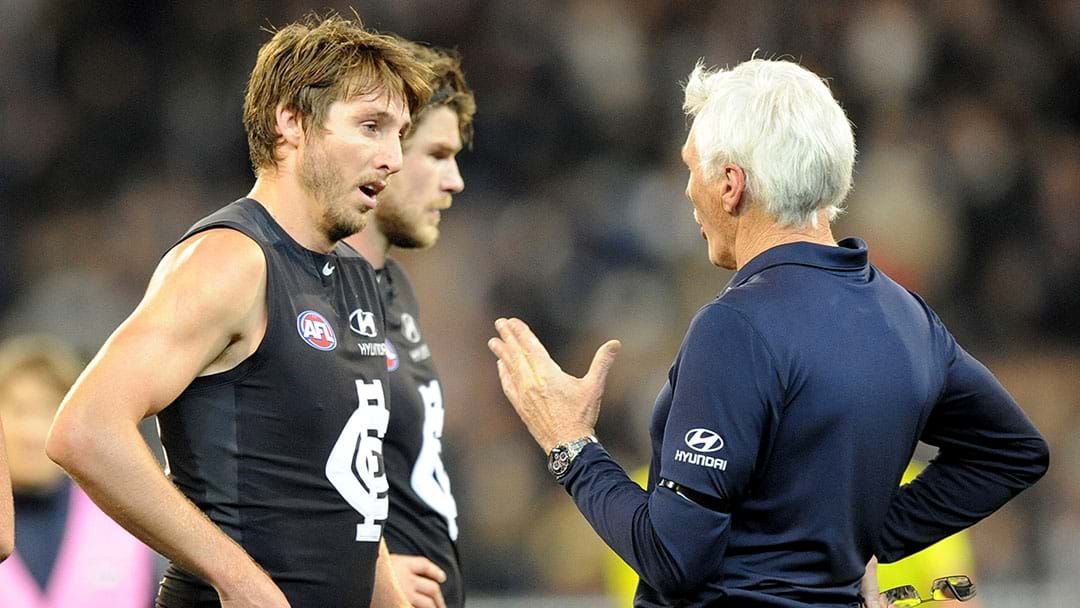 Dale Thomas says he views Mick Malthouse as a “a father figure”.

“Mick to me has been a father figure,” Daisy said on the Hot Breakfast.

“I came into the AFL system, it was my mum who’d driven me around the entirety of my childhood, so I never really had that big male dominant figure in my life. My uncle had played that role to some extent.

“But I never really had a father figure growing up, and Mick to his credit took me under his wing a little bit and the club obviously saw potential in me as a player picking me with pick number two.”

Daisy also spoke about his Collingwood career, the serious ankle injury he dealt with and more.