Dale Thomas & Wayne Hawkes Relive A Flight Back From Adelaide

Dale Thomas & Wayne Hawkes Relive A Flight Back From Adelaide 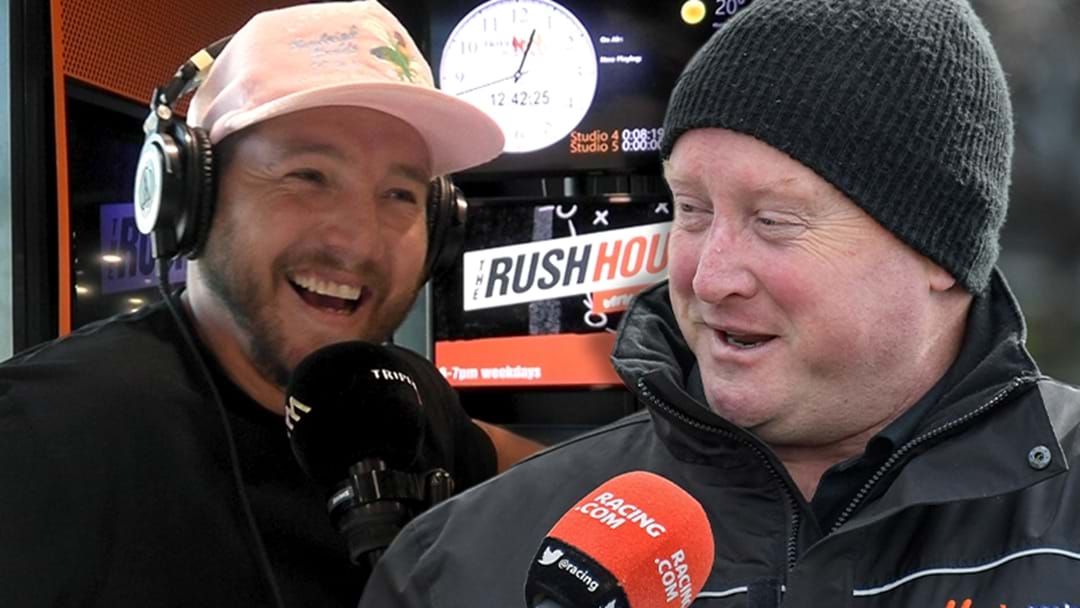 Trainer Wayne Hawkes joined Triple M's Rush Hour on Monday - but it wasn't the first time he'd spoken to Dale Thomas, as it turns out.

That's because the two ran into each other when Carlton and Hawkes both flew back to Melbourne one day - Daisy after a game and Hawkes after a big race day.

"We actually once boarded a plane with him," Daisy explained.

"We were coming back from an interstate loss and Hawkes had gone on from a big day at Morphettville and just held court up the front of the plane!

"I don't think Brendan Bolton had ever seen a performance like it in his life!"

Turns out Hawkesy had a vivid memory of it too...

DAISY & WAYNE HAWKES RELIVE A FLIGHT BACK FROM ADELAIDE: