Damian Barrett Breaks Down What's Next In Collingwood's Coaching Search

Damian Barrett Breaks Down What's Next In Collingwood's Coaching Search 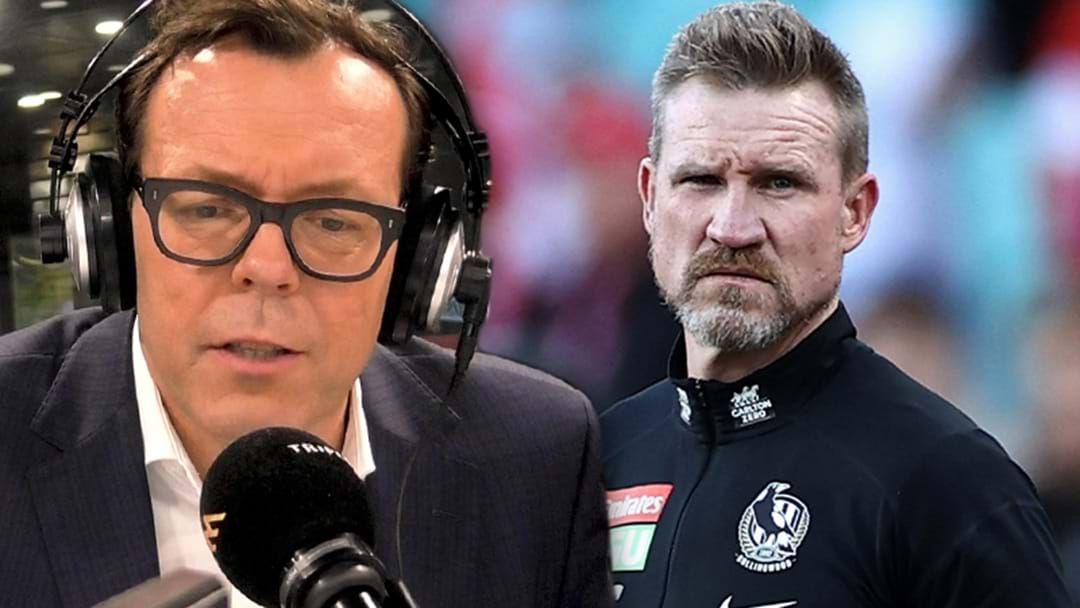 As Nathan Buckley steps away from Collingwood's senior coaching role, the search now begins for the club's next full-time coach.

Damian Barrett joined James Brayshaw and Billy Brownless on Triple M's Rush Hour on Wednesday ahead of his stint on the Mid-Week Rub and broke down everything surrounding Buckley's exit earlier in the day.

Four potential contenders were thrown up between the three guys for the role, but Barrett's main question was about who makes the appointment and who the next coach is answering to.

"The problem they've got in this space, guys, and I'm massive on this - is who makes that phone call?" he asked.

"Graham Wright probably makes the phone call, Bill, but if you're Alastair Clarkson - and let's make him exhibit A in this conversation - the next question you say: okay, but who's running the club?"

DAMO BREAKS DOWN WHAT'S NEXT WITH COLLINGWOOD: