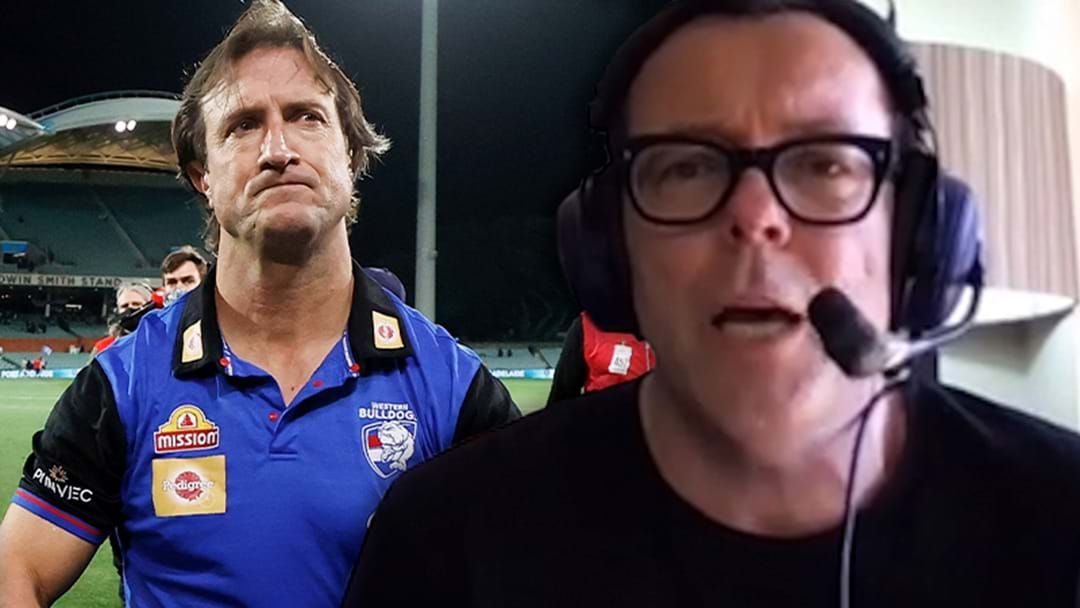 Damian Barrett has hit back at Western Bulldogs coach Luke Beveridge for his scathing post-match comments surrounding the media coverage of Adam Treloar.

BARRETT HITS BACK AT BEVERIDGE:

Beveridge had a crack at the media after the Bulldogs' huge win over the Power on Saturday night, seeing them earn a spot in the grand final against Melbourne.

It came about following media criticism of Treloar's form, with a 10-disposal effort in the semi final win over Brisbane - his lowest return in a game since his debut season of 2012.

“If you’re going to fail in life, fail at something that is noble. Fail at something you can dust yourself off and be proud that you had a go,” Beveridge said post-match.

Barrett suggested the response from Beveridge on Saturday night crossed the line.

"To refer to nasty and noble causes, and then to refer to the partners of people in the media - just leave that stuff alone, Luke," he replied on Damo's Recovery Session on Triple M's Rush Hour.

"If someone in the media had dared gone down that path - and no one would, by the way - but if someone had, can you imagine the reaction that he would have about a media person referring to the partners of players lying next to them?"

Barrett praised the 'us against them' mentality for getting the Bulldogs motivated, but suggested this went a step too far.

"Why does he need to go there? If he wants to protect his player, fine...(but) I certainly didn't hear anything that was untoward about the criticism of Adam Treloar in that semi final."