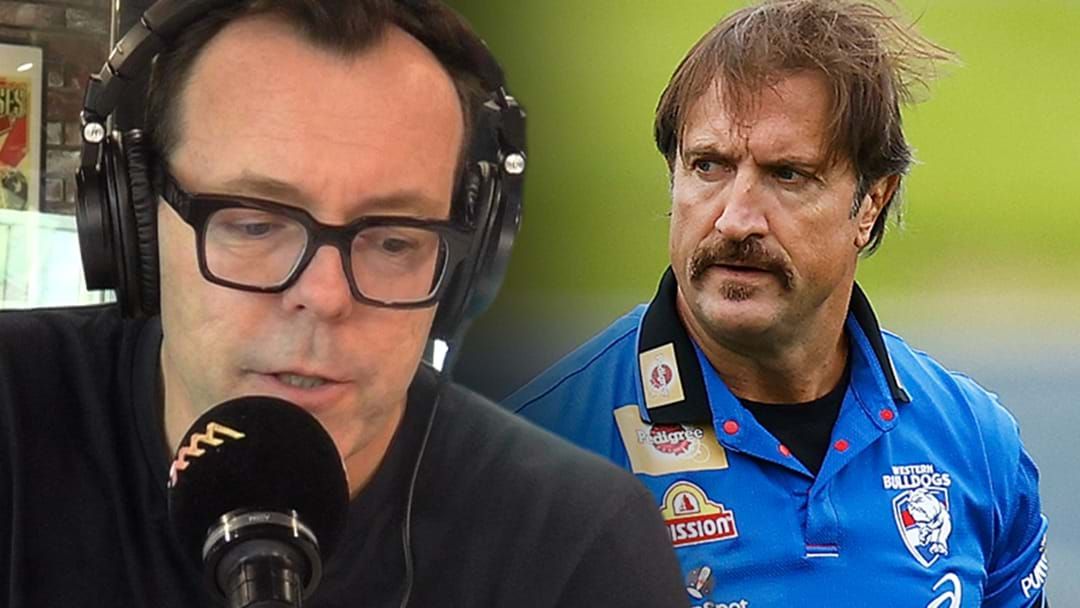 Beveridge left a cryptic answer to questions post-match about the clash between stars Aaron Naughton and Sam Collins, with Collins keeping Naughton goalless after half time to leave him with three majors for the match.

Barrett said the post-match comments - and non-comments - from Beveridge have raised eyebrows at the Suns, particularly after reviewing the tape of their head-to-head clash.

"Unless something was said (between the two), but I don't think it was, because they shook hands at the end of the game," he explained.

"The Suns were, I'll say bemused, because that's a lesser word than what maybe some were. They had no idea of it."