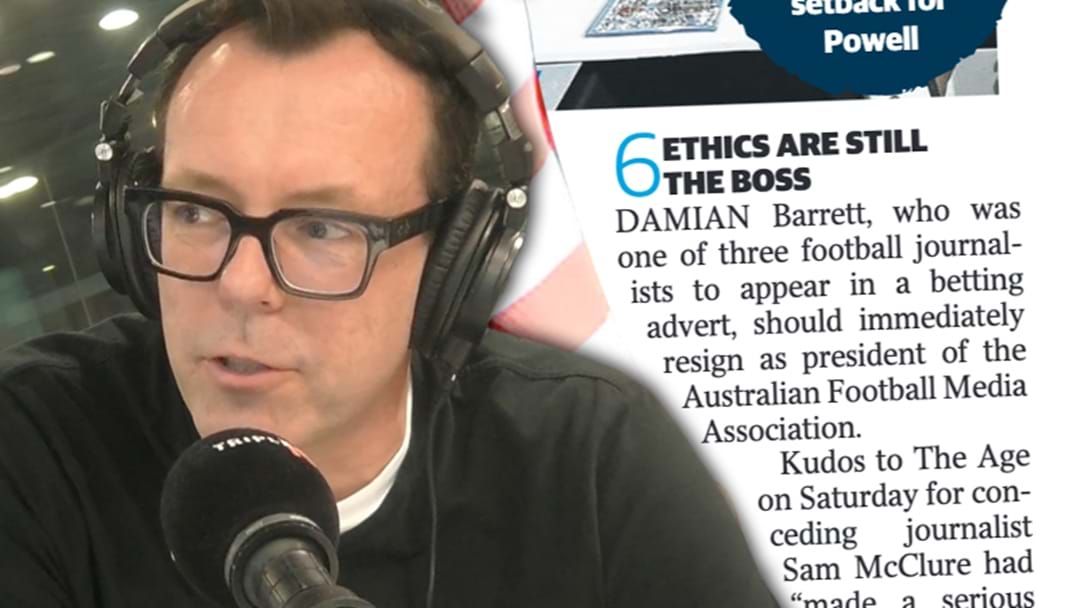 Triple M's Damian Barrett has fired back at Mark Robinson and his call for him to resign as head of the Australian Football Media Association, saying it's "hard living rent free in (his) head".

Robinson called for Barrett to step down in Monday's Herald Sun as AFMA president after he, Sam McClure and Tony Jones all featured in a Sportsbet sketch three weeks ago.

So Billy Brownless pressed Damo for his right of reply as he joined JB and Billy on Triple M's Rush Hour, for Damo's Recovery Session.

"On what grounds, Bill?" Damo replied.

"I'm just really glad that I can help Mark Robinson through this clear lull in what he's trying to do with his work at the moment. I'm just happy to drive some audience to his column that his own opinions can't, Bill."

"It's hard living rent free in that guy's head, Bill."

James Brayshaw suggested stepping down from AFMA wouldn't be the worst thing to happen to Damo - so he fired a shot at JB as well!

"If I don't have to resign, Jim, I'm going to invite you this year as a special guest to the (awards) night!"