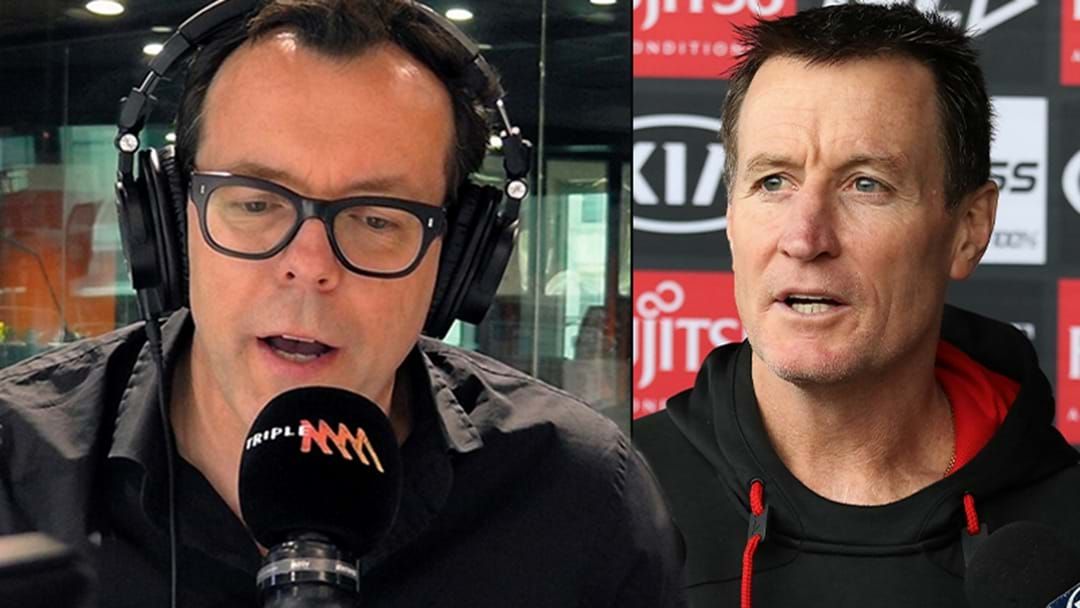 Triple M's Damian Barrett has hit out at Essendon coach John Worsfold following his recent and controversial press conference after their loss to Port Adelaide.

Worsfold took aim at "Essendon people" - Matthew Lloyd being one of those in recent weeks - for expecting more from the club after their 50-point loss to Port Adelaide.

It was a press conference in which Worsfold "smashed them on the way out the door" and dropped "the greatest bomb of all time", according to Eddie McGuire, and Barrett was equally critical of the departing coach.

"I think he's been checked out all year, Bill. Certainly in the back half of the year," he said on Triple M's Rush Hour.

"John Worsfold was part of the project to resurrect the club. He's now been there five years.

"It must he said: he hasn't been able to achieve what he wanted to. He wasn't able to win a final. He's not leaving them in a better place, I don't feel either.