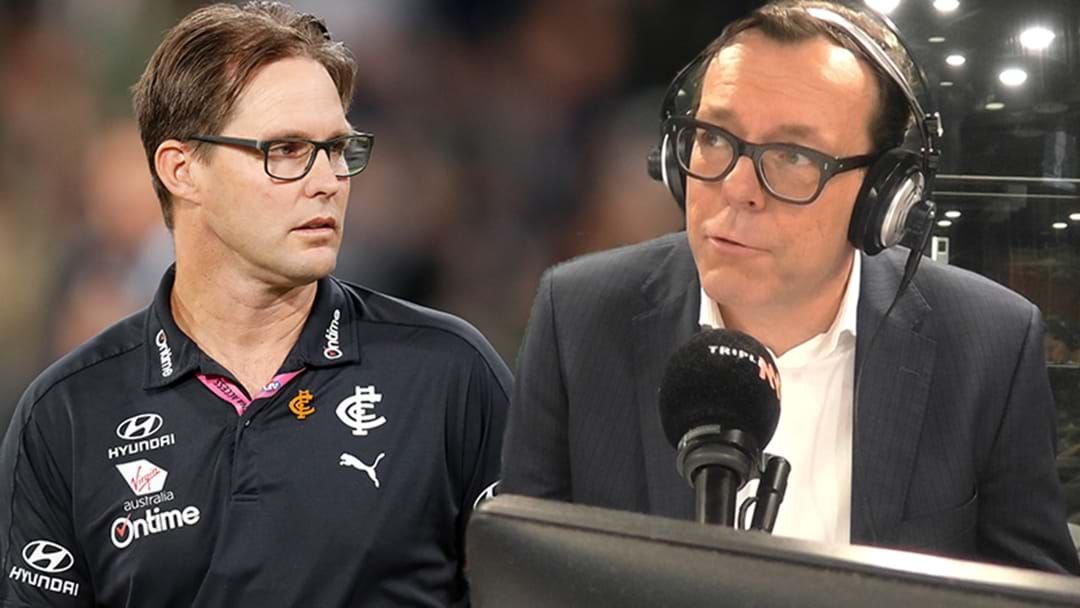 "Does this now put a bit of pressure on them (Carlton) to fast track their review, where they want to go with their coaching staff?", Joey Montagna asked Damo.

"If Collingwood are already starting the search to get the best candidate out there, if Carlton wait until the end of the year and then decide to make a decision on Teague, all of a sudden they’re gonna be left getting probably the second best coach."

"History tells me 100% that once there are two coaches potentially gettable, two clubs after a new coach, the competitive tension goes through the roof, no matter what each club says publicly," Damo said in response to a question from Joey Montagna about Carlton.

"So to answer your question… game on."

Teague has at least one former Blue in his corner, with Daisy Thomas backing him in on the Midweek Rub yesterday.

"Do you still think David Teague is the right man to coach Carlton?" Joey asked Daist.

Catch the full Midweek Rub here for all the fallout from Nathan Buckley’s decision, analysis on Carlton’s situation and more: