Purple has seen the doco. 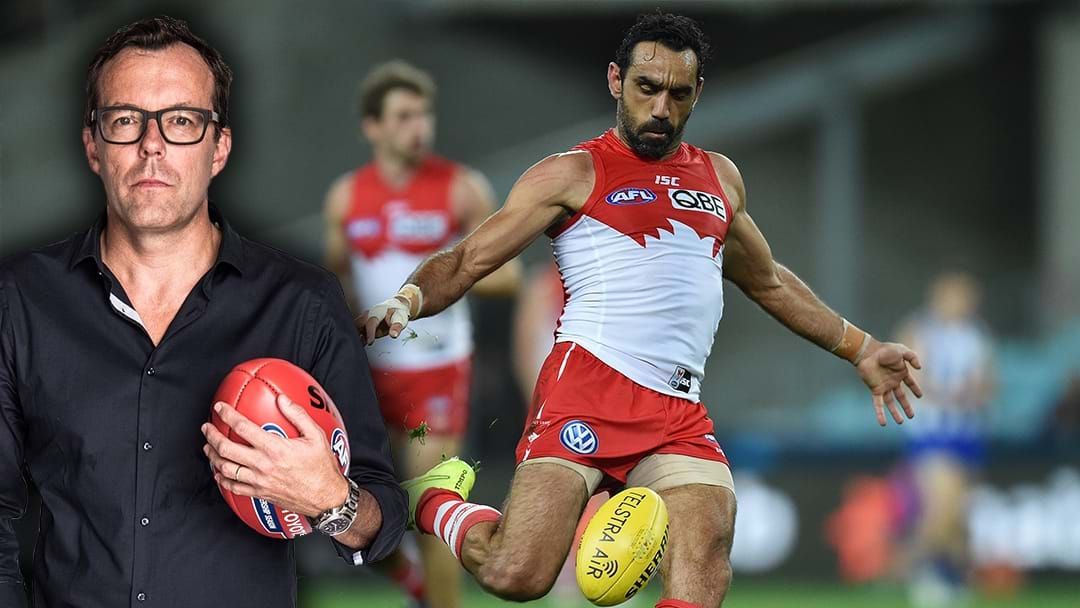 Damian Barrett provided an insight into the new documentary 'The Final Quarter' revolving around Adam Goodes on the Friday Huddle.

He believes that the documentary was quite confronting and it reflected poorly on the media's treatment of Goodes.

"It's a very confronting hour and ten or fifteen minutes.

"It makes you think, it makes you go back to the time and we all had views on it at the time.

"It's purely archival, there is no outside input to the documentary itself. It's just the media as it appeared at the time.

"Without over dramatising it, you do require a good few minutes after it to actually get your head around what you just saw.
"Main take away was that I fear that we may not have learnt what we needed to out of it.

"It's so recent - it's only four years ago. And to think that we as an industry, and a sporting group & a society, subjected Adam Goodes to that type of behaviour - it's embarrassing."