Damian Barrett: Rival Clubs Are “Getting Really Frustrated” With Fremantle

Damian Barrett: Rival Clubs Are “Getting Really Frustrated” With Fremantle

"They’re out of their depth." 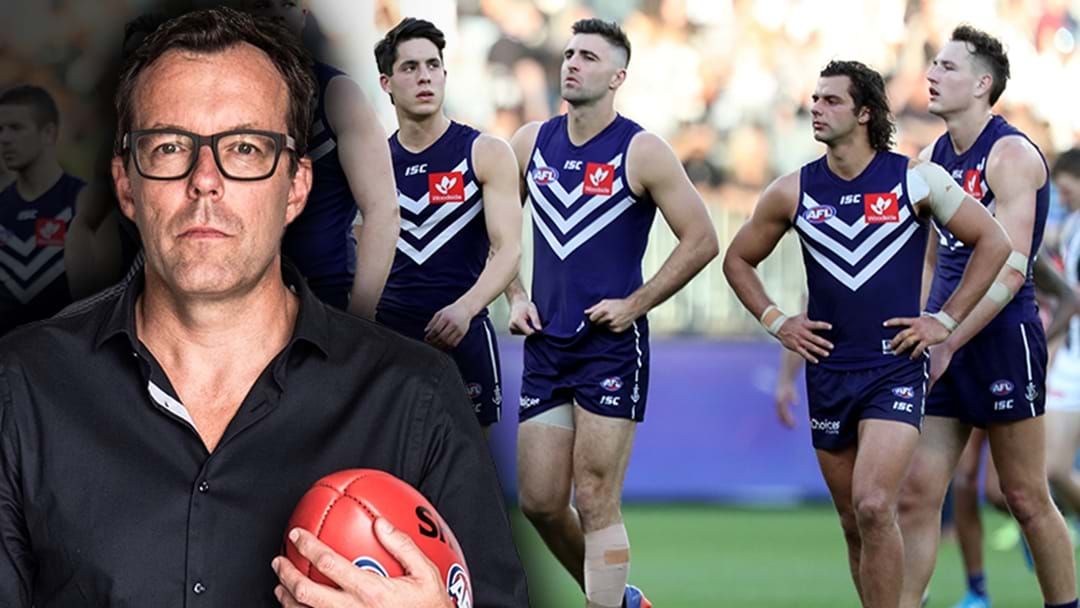 Damian Barrett says rival clubs are “getting really frustrated” with Fremantle's behaviour in trade talks so far this year.

The Dockers, with incoming footy boss Peter Bell and CEO Steve Rosich at the helm, released a statement bailing on the deal to get Jesse Hogan.

Barrett opened up on how the rival clubs have felt about the Dockers, saying he believes Bell and Rosich are good footy people but are out of their depth.

“I look at what the Dockers are doing, they’ve got two people now in charge of the trade space at the club who are novices in the area,” he told Triple M Adelaide’s Dead Set Legends.

“That statement they made yesterday…it’s not the way business is done in the AFL in 2018.

“I feel they’re out of their depth right now.”

We’ll be bringing you all the news from trade period, so make sure you download the Triple M Footy app on iTunes or Google Play and follow the #MMMTradeTracker hashtag to stay across it all!