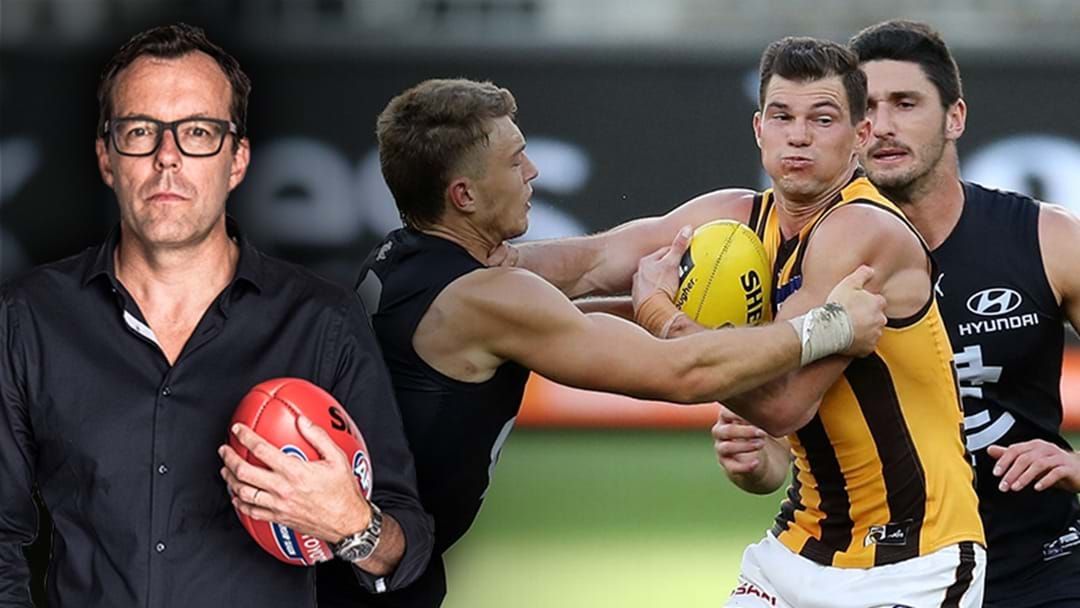 Damian Barrett says that there is “genuine fear” amongst the top brass at the AFL that the rest of the season may be blown up.

Speaking on the Saturday Rub, Damo said it’s difficult to see where the next move could be for the AFL if Queensland has to lock down due to coronavirus cases.

“I can’t see a next, that is it… it’s too big an exercise (to get hubs started in the Northern Territory),” Damo said.

“They’ll give a go (at moving the competition), they’ll absolutely have a crack at it until it physically can not be done in the confines of a December 31 calendar year.”

Damo said the scope of moving the teams around again would be just too big.

“Right now there are 14 of the 18 teams nesting in this one little corner of this very big country that’s 75 kilometres apart, if you want to extend it up to Noosa just an extra couple of hundred… that state government (Queensland) has over and above every other territory and state government allowed them in,” he said.

“The logistics involved would make it just about impossible to get through a serious situation where Queensland government said no more.”

Damo said the fear amongst clubs and the AFL is real.