Damian Barrett With The Latest On Rhyce Shaw's Extended Leave 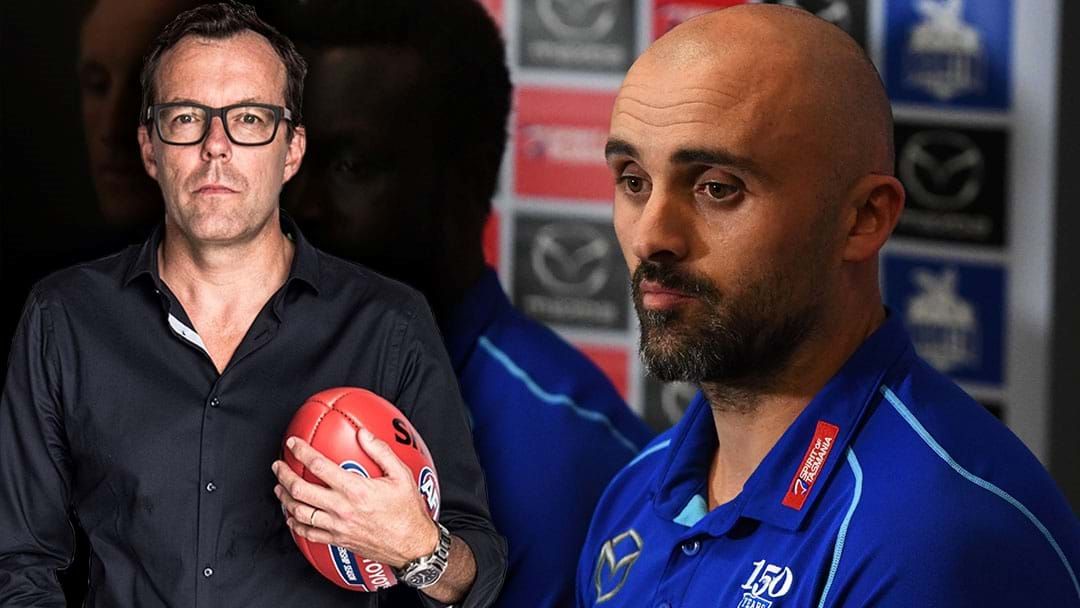 North Melbourne confirmed that Rhyce Shaw will take extended leave from the club for personal reasons.

Barrett said the Shaw's indefinite leave means that North Melbourne may be looking at contingency plans in the case where Shaw won't coach next season.

He did say that North's priorities are with Shaw's wellbeing in the short term and helping him through this situation.