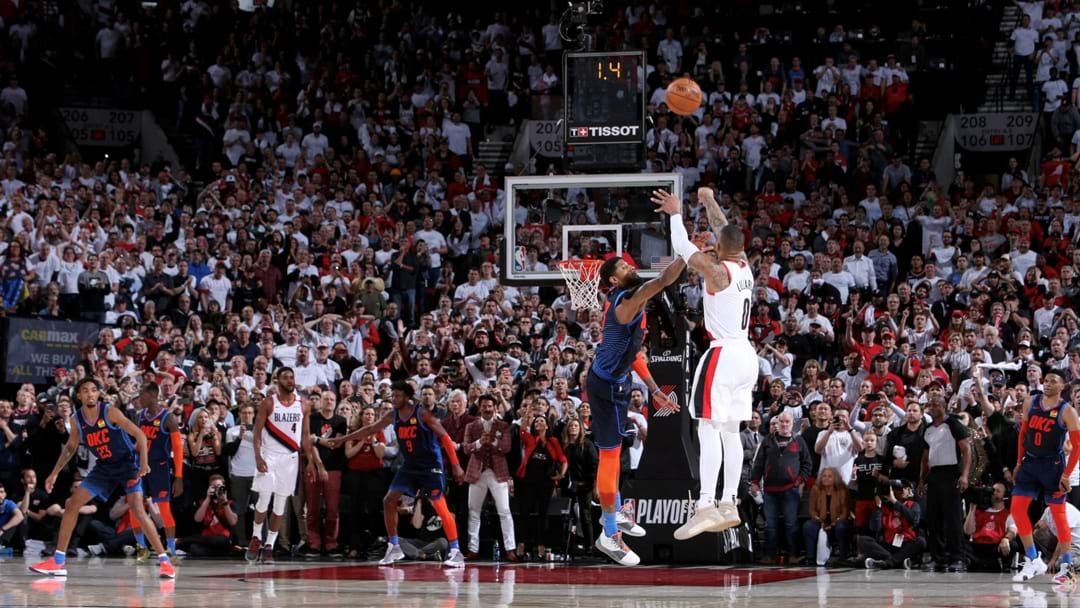 Damian Lillard capped off an incredible 50-point game with a game-winning, buzzer-beating 37-foot three-pointer to help his Portland Trail Blazers eliminate the Oklahoma City Thunder in the playoffs.

With scores level at 115-115 at seconds remaining, Lillard hit a three-pointer to clinch the series 4-1.

Lillard waved goodbye to the Thunder bench before being mobbed by all of his teammates, with his 10th three-pointer breaking the franchise record.

“I’ve seen 50-point games obviously, but the way he carried the team in the first half with C.J. [McCollum] in foul trouble, the magnitude of the last shot to win a series ... He was special tonight.”