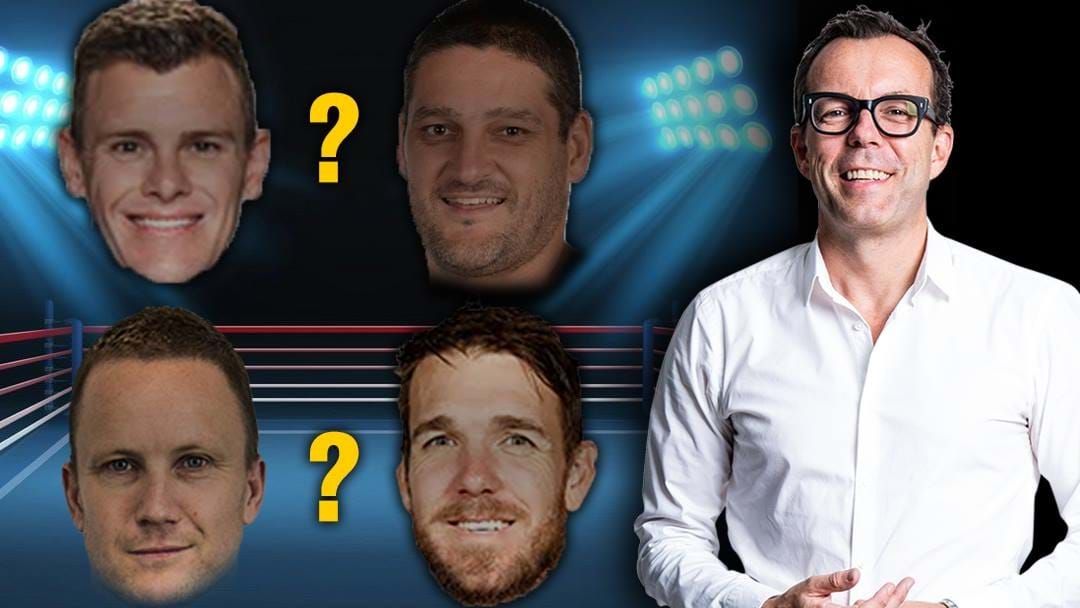 During past editions of the Friday Huddle, there's been deliberation over the build-up of an AFL Boxing Event. This week, the investigation is starting to piece together the potential bouts.

Damo Barrett and Mark Howard report the latest on this exclusive investigation.

Howie outlined "a potential deal on Fox Sports later in the year, for a potential November fight in regional Victoria".

"We don't condone fighting, but there's a fascination about watching ex-footballers box, and some of the matchups you could put together in a safe environment."  said the Chief.

The investigative team revealed the proximity of confirming a fight between former dominant key forwards Brendan Fevola and Cam Mooney.

Both Campbell Brown and Kane Cornes were originally listed to fight Friday night caller Nath Brown, those names are now "off the table". Another former player has emerged as the event heats up.

A massive audience are interested in the opportunity to see Nathan 'Brown Dog' Brown in the ring. Howie revealed in a Friday Huddle exclusive, a management team is close to securing the signature of former Magpie 'Dangerous' Dane Swan.