AFL NewsDamo's Deep Dive On The 1991 All Australian Team

Damo's Deep Dive On The 1991 All Australian Team 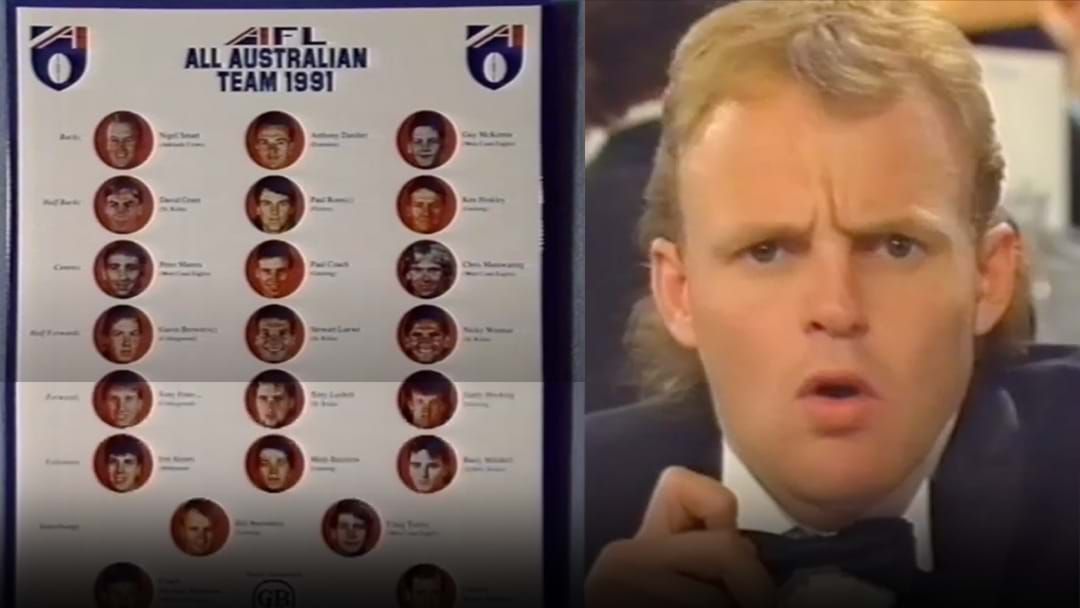 Damian Barrett has taken a deep dive on the Saturday Rub, zoning in on selectors of the 1991 All-Australian team.

The first offical AFL All-Australian which followed the 'team of the year' prior, '91 had some extraordinary efforts that were acknowledged, while others missed out.

"I thought I'd look at the forward line," Damo said.

"That was the year that Tony Lockett played only 17 matches, but kicked 127 goals. The average for that is 7.47 [goals] per game."

Damo then outlined the players who missed, analysing how Billy snuck in for an interchange spot in a year of dominant forwards.

The discussion turned to the validity of Bill's selection in the squad!

"I went down the list and saw a forward who had 13 tackles for the entire season..." Damo said.

"Did you see how many assists I had?" Billy replied.