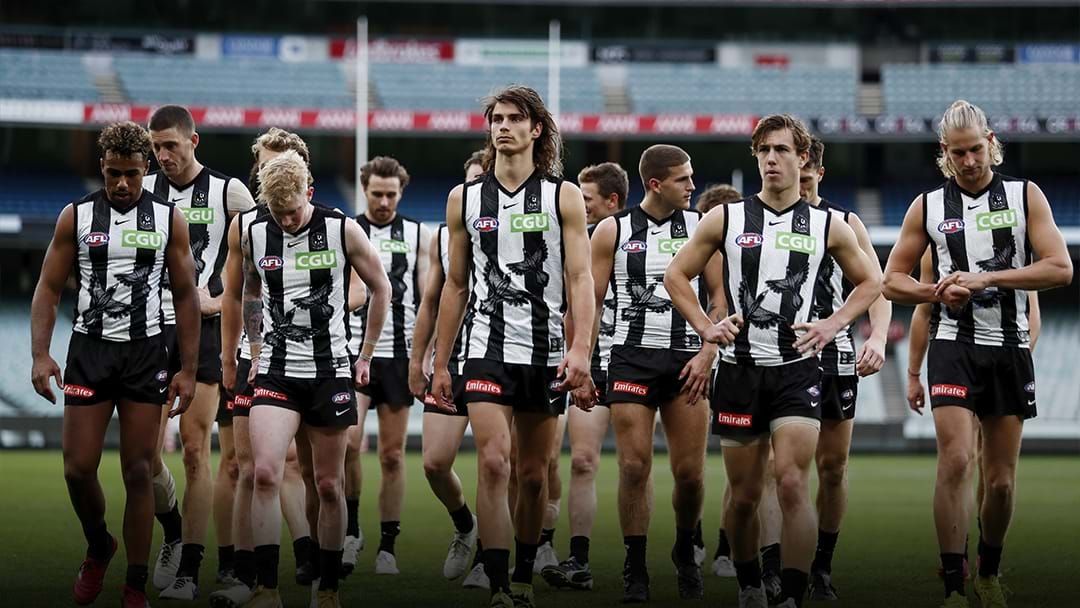 Starting their discussion around the looming presidency spill, the conversation turned to on-field matters.

Damo described a "hangover element" following last year's trade period, explaining that the club will again need to move on from one of their bigger name players in the off-season.

Premiership Magpie Dale Thomas explained that "everyone is tradeable" within the club.

"I'm sure they'll be exploring all of those options." said Thomas.