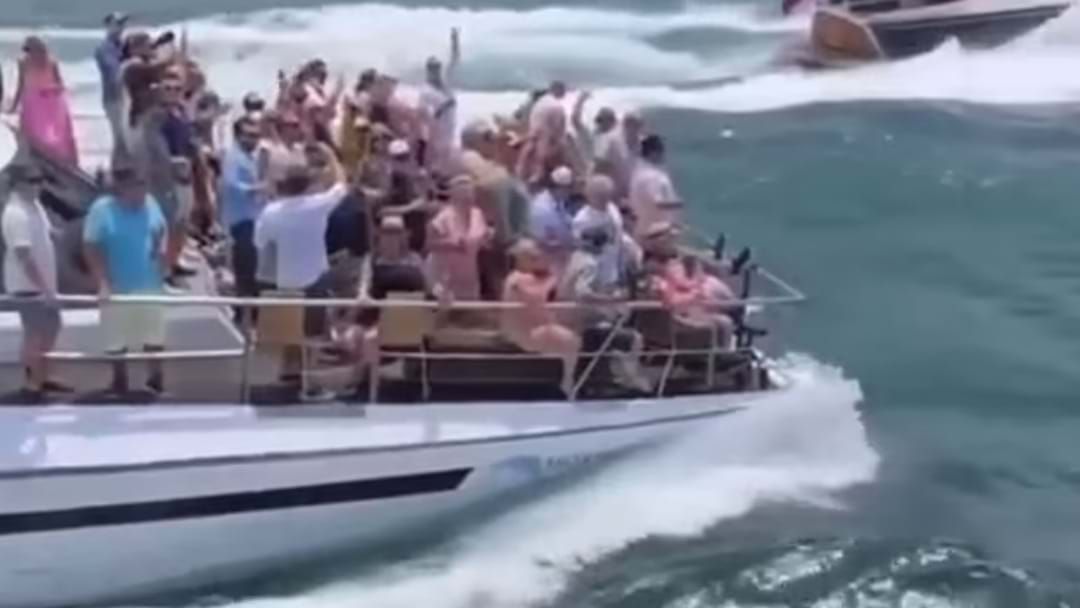 A Sydney party cruise company is under investigation following footage of dangerous driving along the city's Harbour.

A boat aligned to Morpheus Cruises was seen with a full-capacity deck riding dangerously along the water, crashing and nose diving during Boxing Day celebrations.

NSW Transport Minister David Elliot slammed the party boat, which involved close-up views of the starting line for the Sydney To Hobart race.

The evidence shows the vessel inching dangerously close to the water's surface level.

Many of the partygoers can be seen shouting and dancing as the boat launched in and out of the water towards Sydney Heads.

Onlookers were worried the cruise boat was seconds away from capsizing and causing a devastating scene.

Mr Elliott said authorities will charge the skipper of the Boxing Day event.

"We can't legislate against stupidity but I've asked Maritime if they can at least fine the captain for it," he said.

A boat safety expert told reporters the act was the equivalent of doing a 'burnout' on the road.

"If one big waves comes over the bow, you might get an extra 500kg of water on the bow and it's going to get pushed down and suddenly it's going down."

"The weight distribution is totally incorrect, it's the skipper's responsibility, it's his fault this is happening."