Adelaide NewsDaniel Radcliffe, Very Sweaty, Has Been Spotted In An Adelaide Gym

Daniel Radcliffe, Very Sweaty, Has Been Spotted In An Adelaide Gym 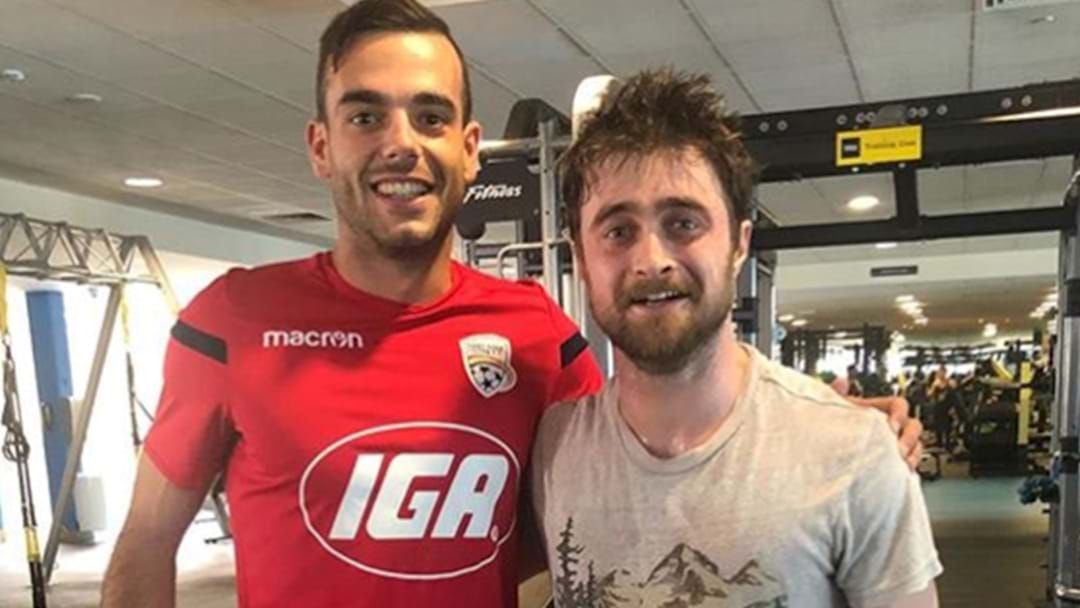 Daniel Radcliffe has been spotted in an Adelaide gym, snapping a photo with a couple of Adelaide United players ahead of a new film he's working on.

Radcliffe, who really looked like he'd been working some magic, got a photo with United players Nikola Mileusnic and Lachlan Brook at what looks like the Next Gen gym in Adelaide.

Radcliffe is in Adelaide filming a new flick called Escape From Pretoria, based on the true story of two white South African political activists who were arrested and branded terrorists during the Apartheid.