Other Sports NewsDaniel Ricciardo Chases The Rapids In Montreal 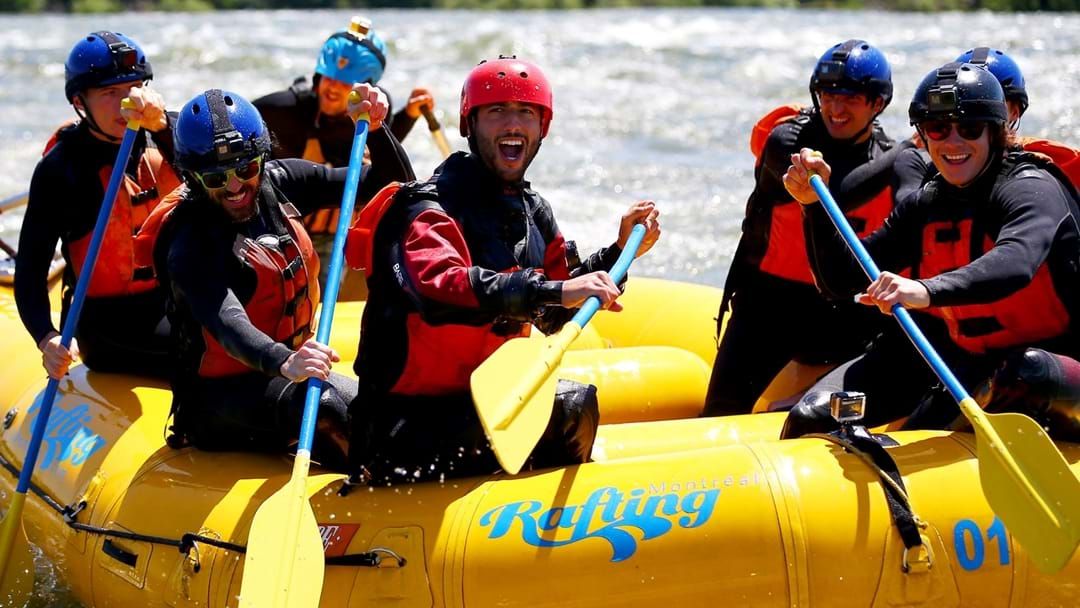 Daniel Ricciardo will be hoping he won't be up a creek with no paddle in Montreal this weekend.

So how did the Aussie warm up for this weekend's Canadian Grand Prix?

By heading south of the city to the rapids for some white water rafting.

Going by the photos, a good time was had by all, but Red Bull's lawyers will no doubt be checking their liability insurance very carefully.

So on to the race and it's one the boy from Perth likes a lot.

Danny Ric's also a fan of the nightlife.

"What do I enjoy in Montréal? I love Montréal. Lot of good memories on track but also off-track," he said.

"100 per cent one of my favourites, one of the grand prix I look forwards to most: food, bars, nightlife, enthusiastic people. Really good atmosphere, everybody gets involved."

Let's hope he leaves the partying until Sunday night.

Check out his race "miniature guide" to the Canadian Grand Prix below using slot cars.

Practice starts late tonight on Fox Sports, but you'll need to set the alarm with the race starting at 04:00 (AEST) on Monday morning.