AFL NewsDarce v Damo: Is the criticism of champions too harsh?

Darce v Damo: Is the criticism of champions too harsh? 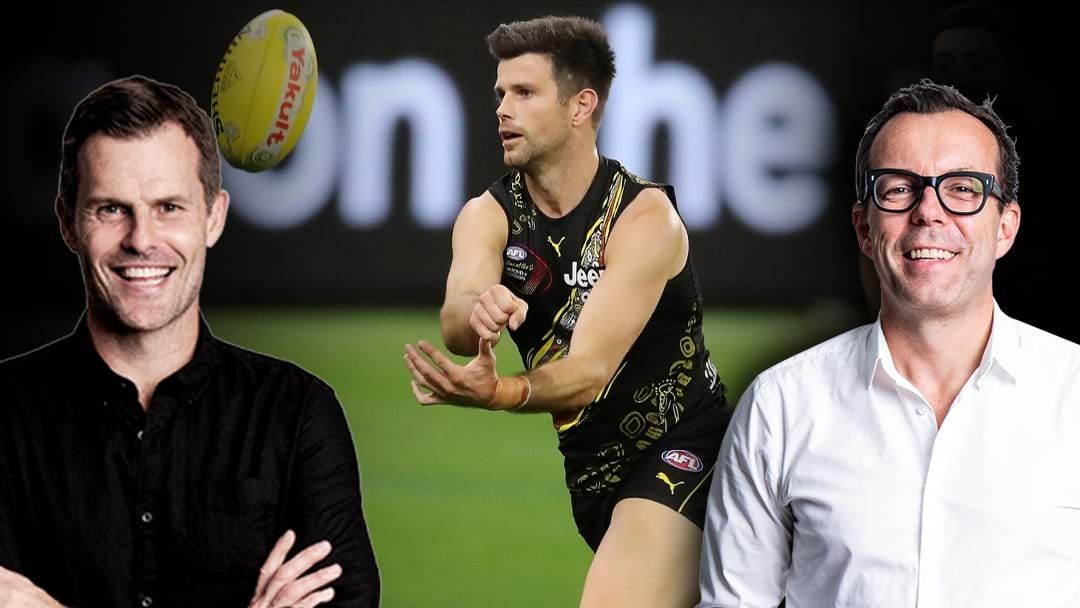 On the Friday Huddle, Nathan Brown pointed out that journalists are too quick to criticise superstar players who are out of form.

It got the boys talking about the respectability within the media, with the discussion point surrounding Richmond captain Trent Cotchin.

"He's credited as a captain with turning around the whole culture of that footy club through his leadership," Browny said.

"All of a sudden ... people want to write him off and say he's past, he's gone and should be retiring."

Luke Darcy viewed the discussion from a player's perspective, while Damo defended the work of journos by arguing it's the media's job to evaluate performance.

The Friday Huddle discuss the overall accountability and respectability when stories are written about players once they've reached a height of significance.

"We've got to seperate the two stories ... as that's sometimes where the narrative gets blown out." Joey said about skewing stories that are either for analysis or for clicks.

"I think we got to be better?"