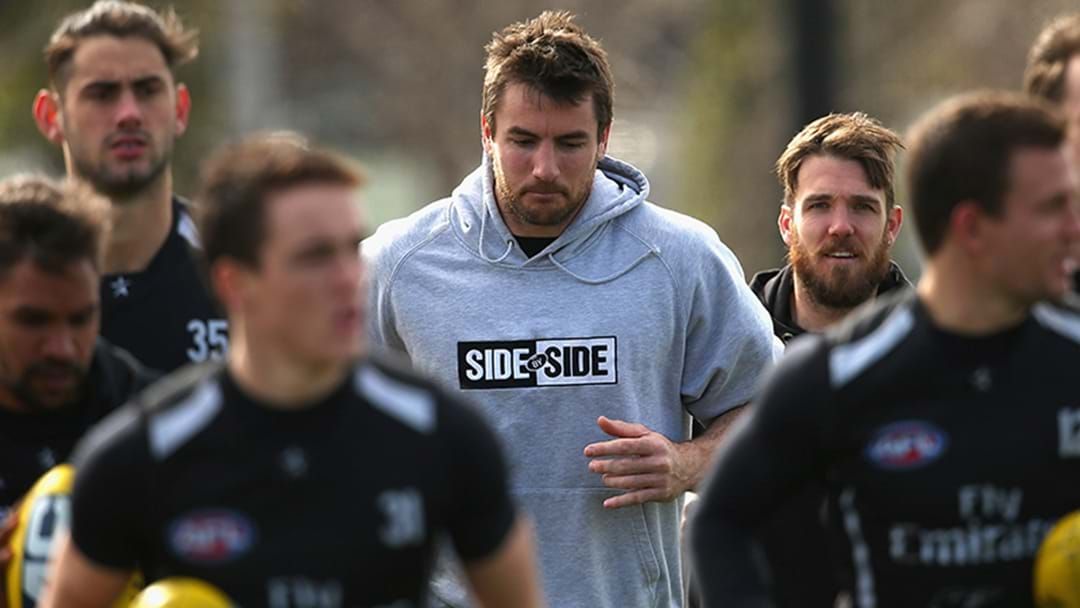 Jolly catalogued the struggles he’d had since finishing up footy, including legal battles, a marriage breakup, and a brain tumour.

“I can stand here today and say everything I was going through broke me, and after a long, slow burn I had this unrealistic expectation that I could fix everything on my own,” Jolly said.

“I was constantly telling myself, and other people, I was fine and acting like everything was ok, when in fact it wasn’t.

“One day I finally acknowledged to myself I couldn’t get through this mess on my own, and needed help.

“It was the day I almost did something stupid and ended my life.

“Everything was too much to handle and I lost control.

“I thought it was easier just to go.”

Jolly said he isn’t ashamed to talk about having to go to hospital to deal with his issues.

“I look back now, and it’s the best thing that I could have ever done,” he said.

“I learnt a lot about mental illness, including depression, and the coping mechanisms to get back on track, as there is still some challenges I’m continuing to go through.

“I’m in a much better headspace now to deal with them.

“I now enjoy talking about my experiences, because one it helps me with my recovery, and two, I hope talking to people about my experiences might help them with their issues and difficulties, and show them that men who have played AFL, or men in general, aren’t immune to life struggles.”