Darren Lehmann On His Memories Of Shane Warne And Rod Marsh

On Breakfast with Roo, Ditts & Loz 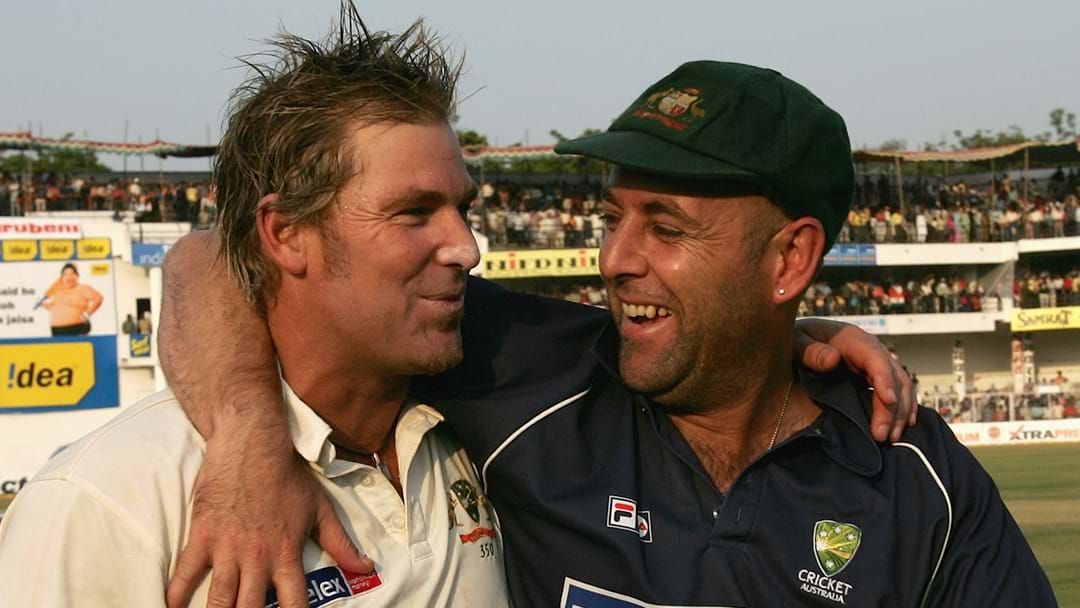 "Just meeting the guy for the first time, driving in his white Cortina up when we were playing for Victoria and having a bunger with him and a can of coke, and thinking 'this guy’s gotta be pretty cool'," Boof said when asked for his favourite Warne memory.

"He’s so loyal as a person, obviously his cricketing exploits are second to none, we had so many good times, he was a card genius… we had so many games of 500 after a day’s play with myself, Ricky Ponting, Steve Bernard.

:An absolute legend," Boof said when asked of Rodney Marsh, who died a day before Warne after having a heart attack.

"A mentor for me, a really great confidante, I loved him dearly. He gave me great advice on and off the cricket field.

"Y'know, we had our blues, as you do with everyone. But Rod, he was just a great guidance for everyone."

Warne passed away late on Friday in Thailand after a heart attack, following Marsh who died in an Adelaide hospital earlier in the day.

Warne’s family has been offered a state funeral, and Victorian Premier Dan Andrews announced that the refurbished Great Southern Stand will be renamed the SK Warne Stand in his honour.

Never miss any of the cricket with the LiSTNR app! Grab it from iTunes or Google Play now!