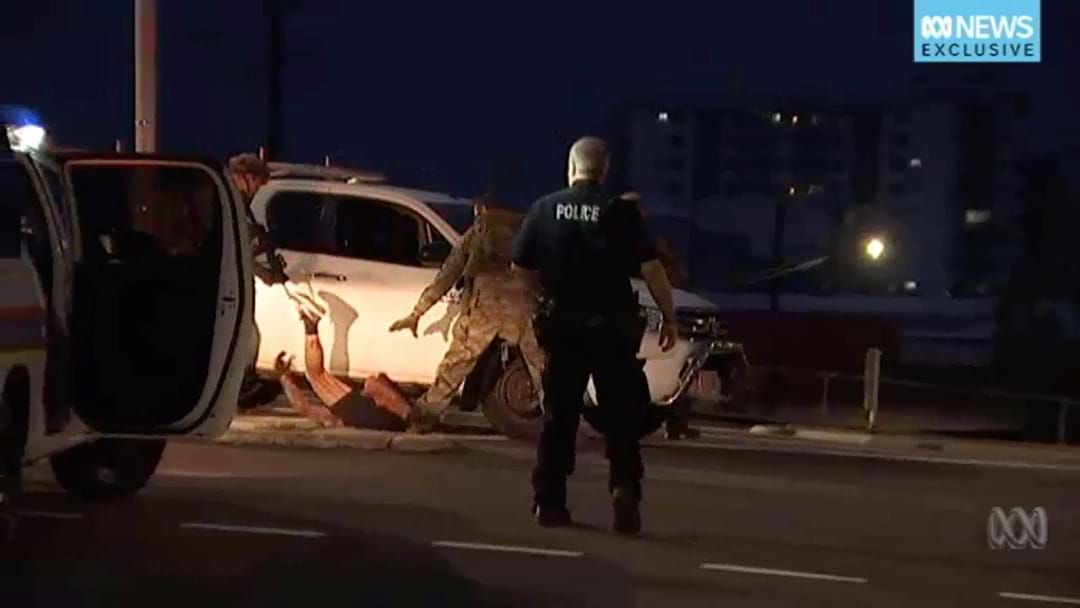 "All of a sudden I heard these gun shots."

Harrowing words from the shocking scene of a shooting in Darwin last night. Matt James, an eye-witness to the whole attack called into Roo & Ditts this morning to share his story.

He was passed a woman "covered in blood from her body to her toes" who was shaking and said she couldn't walk. Matty spoke to her and took care of her during and after the attack.

"I didn't see the bloke until he tried to come back to the hotel later, when the cops pulled him out of his ute."

Matt also stunned the boys when he revealed that he knows the alleged gunman.

"I do actually know the bloke, yeah. He's always been a bit out there. I couldn't say anything about his mental state now."