It's so damn wholesome 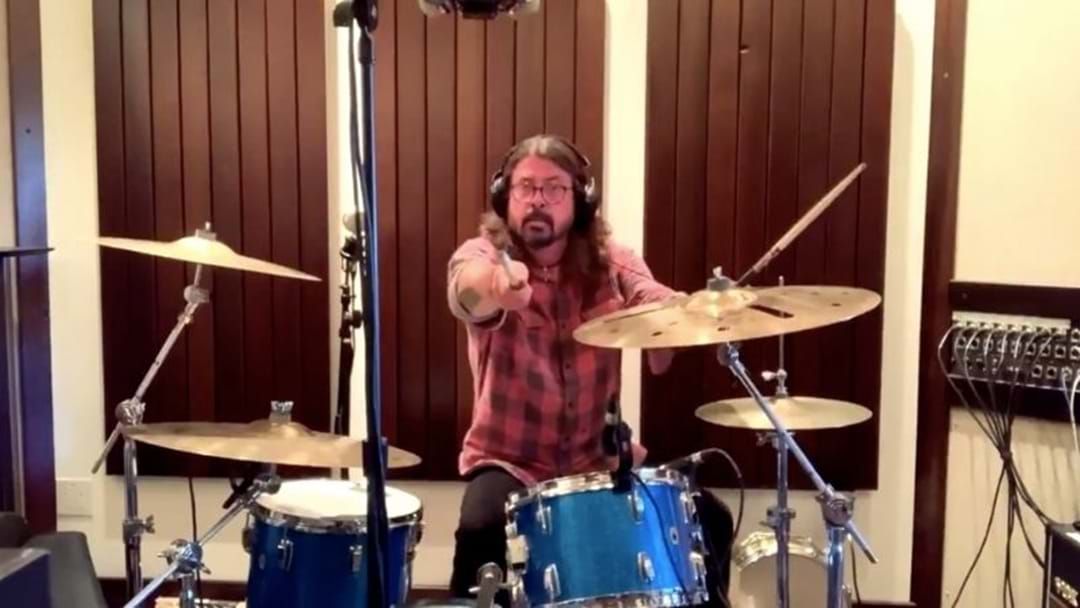 Dave Grohl has once again, effortlessly proved that he is the sweetest damn man in Rock music with an adorable exchange between himself and Foo Fighters fan Nandi Bushell.

This week, Grohl responded to 10 year-old drummer Nandi Bushell, who's viral video caught the attention of the Foo Fighters frontman after she passionately smashed out their 1997 hit 'Everlong'.

This isn't the first time Nandi has caught the attention of a famous musician having previously being noticed by the likes of Lenny Kravitz and Kirk Hammett.

Not only did Bushel absolutely nail the rendition of the hit song, but she polished her set off with a challenge, pointing her stick at the camera and shouting "Check Mate!".

Bushell posted the video on her Twitter account with the caption "My dream is to one day jam with Dave Grohl, @taylorhawkins and all the @foofighters!

"Mr Grohl I would love to have a drum battle with you! I LOVE Everlong it's really hard to play as it's so fast but so much FUN! #foofighters"."

Naturally, Dave Grohl being the wholesome Rock megastar that he is, responded on Twitter, graciously accepting her challenge.

The former Nirvana drummer posted a video of himself performing the same song alongside the caption "Hey @Nandi_Bushell! Challenge accepted. Haven't played these songs in a loooooong time.....thanks for the inspiration!!! Your move!!! Your friend in rock, Dave (Thanks to my daughter, Harper for letting me borrow her drum set)."

He added in his video, "...Today, I'm going to give you something you may not have heard before.

"This is a song called 'Dead End Friends' from a band called Dead Crooked Vultures, which is me playing drums, Josh Homme from Queens of the Stone Age playing guitar and singing, and John Paul Jones from Led Zeppelin playing bass."

"This is my response to your challenge. So now the ball is in your court."

Nandi was quick to respond to her idol, absolutely swooning over his response which was posted on the official Foo Fighters Twitter account.

"Challenge Accepted! Mr Grohl you are amazing! Thank you so much," she said.

The Foo Fighters fan hive was quick to go off, with one fan writing "This is now the most important thing going on in 2020. I am ALL IN for this!!! Give Rock unto others as you would have Rock given unto you!!!"

We completely agree!! David Grohl, you are the heart and soul of rock!

Catch up on the latest in Rock Music News below...