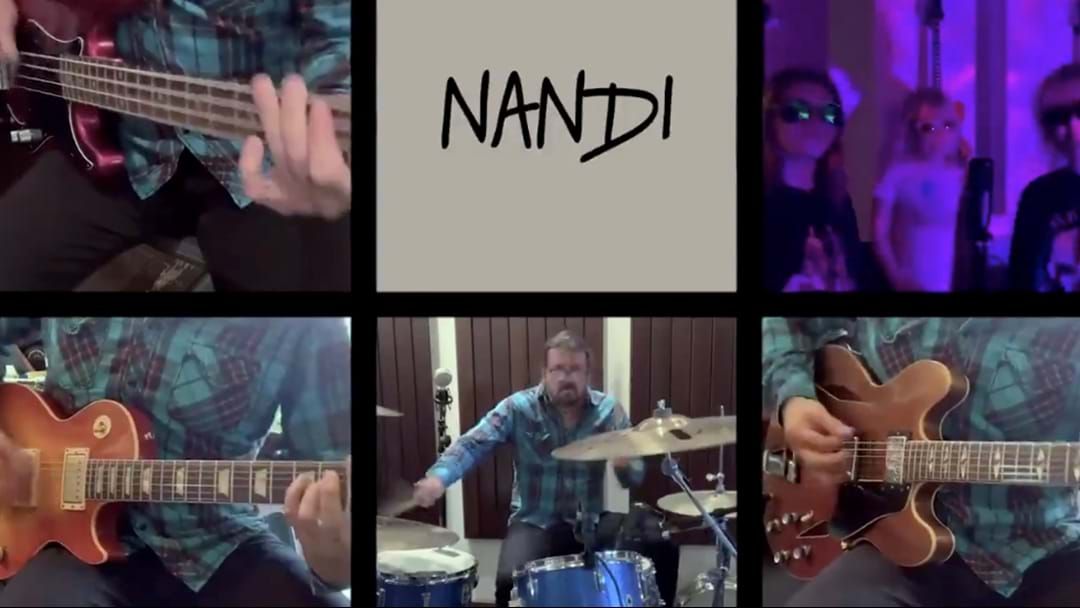 Dave Grohl has kicked off Round 2 of his drum battle against 10 year old Nandi Bushell with a brand new song, the Nandi theme song.

The first began when Nandi challenged Dave to a drum battle, smashing him at the Foo Fighters hit Everlong, a song Dave hadn't played since he recorded the song back in 1997, read more here

Then they took on something a bit more recent for Grohl, the Them Crooked Vultures 2009 song Dead End Friends, watch here

Now Dave Grohl has come back for more launching Round 2, this time with his family band The Grohlettes and brand new song, The Nandi Theme Song where Grohl describes Nandi as the best drummer in the world, comparing her to a superhero in the catchy new tune.

Looking forward to more from this battle.