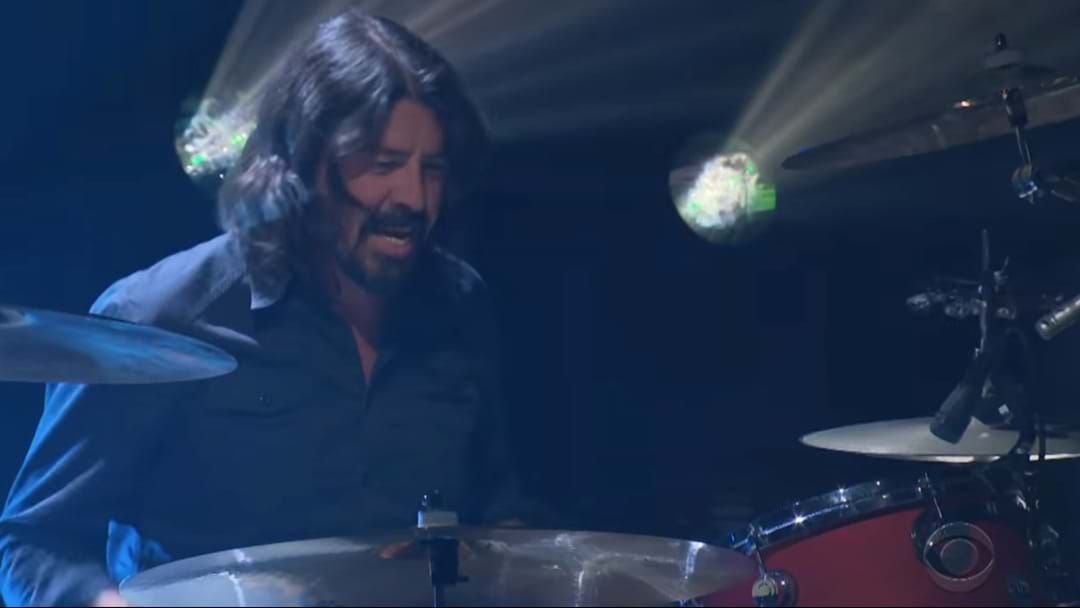 Grohl has taken a literally taken a back seat... on the drums.

Having a few weeks off vocal duties with the Foo Fighters, Dave Grohl is back where it all began, behind the drums, this time paying tribute to Van Halen with L.A pop band The Bird and The Bee.

The band played a softer version of the glam rock hit "Ain't Talkin' About Love" on the Late Late Show with James Corden this week ahead of the launch of the pop duo's tribute to Van Halen, 'Interpreting the Masters, Volume 2: (A Tribute to Van Halen)'.

Although Grohl isn't a permanent fixture of the band, he couldn't turn down the chance to pay tribute to one of his favourite rock drummers Alex Van Halen.

The Bird and The Bee Interpreting the Masters, Volume 2: (A Tribute to Van Halen)is available now.
More info: www.thebirdandthebee.com

Foo Fighters are back on tour next week.
For more info: foofighters.com

For all that matters in Rock News: